And, for a good laugh, there’s this…

Omega-6 fats were once criticized as unhealthy, but researchers for the American Heart Association have concluded that they are in fact beneficial to the heart. ...

Walnuts have the mysterious phitates too… When I still ate 150g oily seeds every day, I have tried to looked it up and I have found nothing concrete…

But I agree with the other potential problems: fishes are nutrious, easy to eat a bigger amount, not carby etc. Most of us surely couldn’t eat much walnuts every or every other day… The same with hemp.

Well, I think I keep ignoring the omega3:omega6 ratio thing

I haven’t the vaguest idea of my ratio, there is simply no proper info about it (certain animal items are simply not the same all over the world, no matter how the animals are kept…) but I live on eggs and pork, mostly. So it’s probably high. It’s fine for me as long I can lead a healthy life up to and beyond 120 years old, actually. At least my genes are pretty good as far as I know. I can’t change my food choices… I could eat more fish if I could afford it but I doubt I would want to eat some more than once a month… So I will live my life with a high omega6:omega3 ratio, I suppose. But not an insanely high one due to avoiding seed oils. Not like any of my fats have much omega3… I mostly get my fats from pork and eggs. Oh well.

I do whatever I can do with my woe. My body reacts pretty well to extreme low-carb so I stick to that, it’s tricky enough. Usually easy but I have close to zero self-discipline especially regarding food and it won’t really change as it’s quite important for my character. It’s cool as long I am a good hedonist, following my desires pointing into the right direction

It takes some work but it’s my only chance.

COVID-19 vaccines protect against COVID-19. Get safety info and more.

Melatonin is more effective than ascorbic acid and β-carotene in improvement...

Fibrosis is a pathological form of aberrant tissue repair, the complications of which account for nearly half of all deaths in the industrialized world. All tissues are susceptible to fibrosis under particular pathological sets of conditions. Though...

Bob - I 100% prioritize getting Omega-3. I did my best before keto and still do. I supplement and try to eat lots of fish. I enjoy seafood though. I eat salmon often but also tuna, sardines, shellfish. I find canned fish to be an easy lunch.

I also like to get plenty of plant-based MUFAs through olive oil, avocados and Macadamia nuts. I guess I still buy into the “healthy fats” idea. Today for lunch I had a salad of romaine, olives, avocado and plenty of olive oil. For dinner I had salmon. I take 1000mg daily (EPA+DHA) via a fish oil supplement… i haven’t really settled on a brand but I agree that they can be like olive oil in terms of purity. Right now I am using one from NOW foods, it wasn’t too pricey doesn’t give fish burps and claims to be molecularly distilled.

There is also a fair amount of research at this point linking EPA to improved mood.

I’d like to throw out something on Omega 3s for dogs. My dog had ACL surgery in April and the vet is pro keto and omega 3. Prescribed Omega 3 supplements. She’s doing better than I expected for a 10 year old dog. Easy walking 2 miles a day now. I took it a step further and only feed her “Colorado Naturals” Salmon treats. Bulk Grinds from Walmart. Sushi grade Salmon once or twice a week. Ketogenic omega 3 diet works for the dogs too.

Grass always seems greener on the other side, I guess.

It sounds like there is a distinction to be made between the different kinds of omega-6 fatty acids. As I understand it, based on information in the article I posted above, and the NIH factsheet @SomeGuy posted, omega-6 fats could be considered inherently inflammatory in part because of the specific eicosanoids they are made into. These eicosanoids are not necessarily made from linoleic acid, but rather arachidonic acid. The body can turn linoleic acid into arachidonic acid, but from what I’ve read it doesn’t seem like increased linoleic acid intake is correlated with increased production of arachidonic acid. Arachidonic acid is however present on it’s own in some foods like meat, poultry, eggs, fish and dairy foods. Eicosanoids are required for certain biological processes so are not necessarily bad, but it’s helpful to know more specifically where they come from.

As far as the possible deleterious effects of linoleic acid, there is still the ROS theory of obesity which focuses on the difference in mitochondrial function based on different fuel sources, but that’s kind of a different topic at this point.

Udo Erasmus’s “Fats that Heal Fats That Kill”.
I read it a long while ago and recall it was helpful and referenced.

Does anyone have a reference showing just how much of these fats are required in our diet? I have the impression it’s not all that much, but is that right

I have Mary Enig’s book about oils/fats: 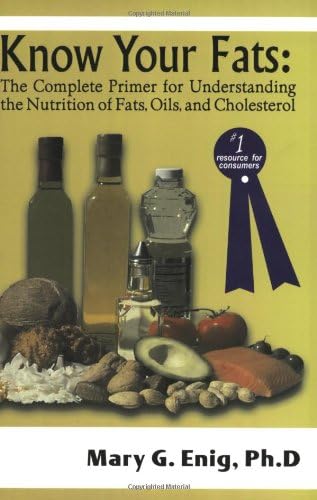 Know Your Fats : The Complete Primer for Understanding the Nutrition of Fats, Oils and Cholesterol

In it, she recommends we eat oils higher in PUFAs. I think she thought we’d not get enough.

Well, I’ve been taking tumeric and don’t have any of that (don’t know about liver toxicity).

I think I may stop, though, as I am feeling better.

Addendum: I’m going on vacation, so all my responses are…terse.

I’m always leery about taking plant matter. Especially when I don’t really know what caused what I was experiencing. It could be viral, for instance. It might be caused/exacerbated by the vaccine (though the time discrepancy is a while).

But let’s say you want to reduce “inflammation” (thinking the vaccine caused this). What do you take? In a typical time, my HS-CRP is low (0.4, or less than 1 most times), so I think I’m eating OK. But there are few things “known” to reduce inflammation, such as Omega 3s or tumeric.

I have been eating fish daily now, just to see what’s up. Usually sardines in water. Do I feel better? Yes. But I’m also doing other things.

Anyway, I’ll likely stop the tumeric and possibly the aspirin. I’ll definitely stop on vacation. I may still continue eating fish though.

I’ll report back a month from now.

Well Enig was an expert, but some of the discoveries about polyunsaturates came after she died. But her opinions are definitely worth considering.

I do think she was a bit outdated. But a lot of the knowledge about just how much PUFA we’re getting (even in animals) wasn’t around then. She might say something different today.

Lo Carb Down Under this year had a talk by Dr Paul? (someone) about fats and it was hair-raising about omega 3s from fish oil capsules. I was buying really expensive ones (thinking they were good quality) but they showed up in a research study showing 30% oxidation. Just threw them out a few days ago… Sorry I can’t link the talk.

Probably Dr. Paul Mason, whose specialty is sports medicine, but who has also gotten into the keto diet in a serious way. He’s in the same practise as the orthopaedic surgeon Dr. Doron Scher, who has also done lectures at LCDU events.

This was indeed Paul Mason. He was citing an Australian study titled ‘Oxidation of fish oil supplements in Australia’ (2019). From the abstract:

Mason used to advocate supplementation. Needless to say, he has since revised his stance. I believe some brands add antioxidants which may help but it seems like taking any kind of fish oil supplement is still a counter-productive move. I have personally ditched them and aim for some salmon (wild caught if on price offer) and grass fed beef (again, when on price offer at the local supermarket, e.g. x3 225g rump steaks for £10, which is quite good value IMO).

I use cans of water-based fish, like sardines, too. It’s much easier to find oil-based cans, for instance Costco sells them, but I like the taste of water-based. I have to order them from Amazon, though.

Costco does have canned salmon in water. I will sometimes get tuna, too.

I try to eat at least a few portions of fish a week. I’ll do another blood test one day. Learn your Lipids: A Quick Guide to Bulletproof Fats

Brush up on your Bulletproof fats! This quick guide talks about types of fat, what they do for you, and how you can use them to perform your best.

does this help anyone –