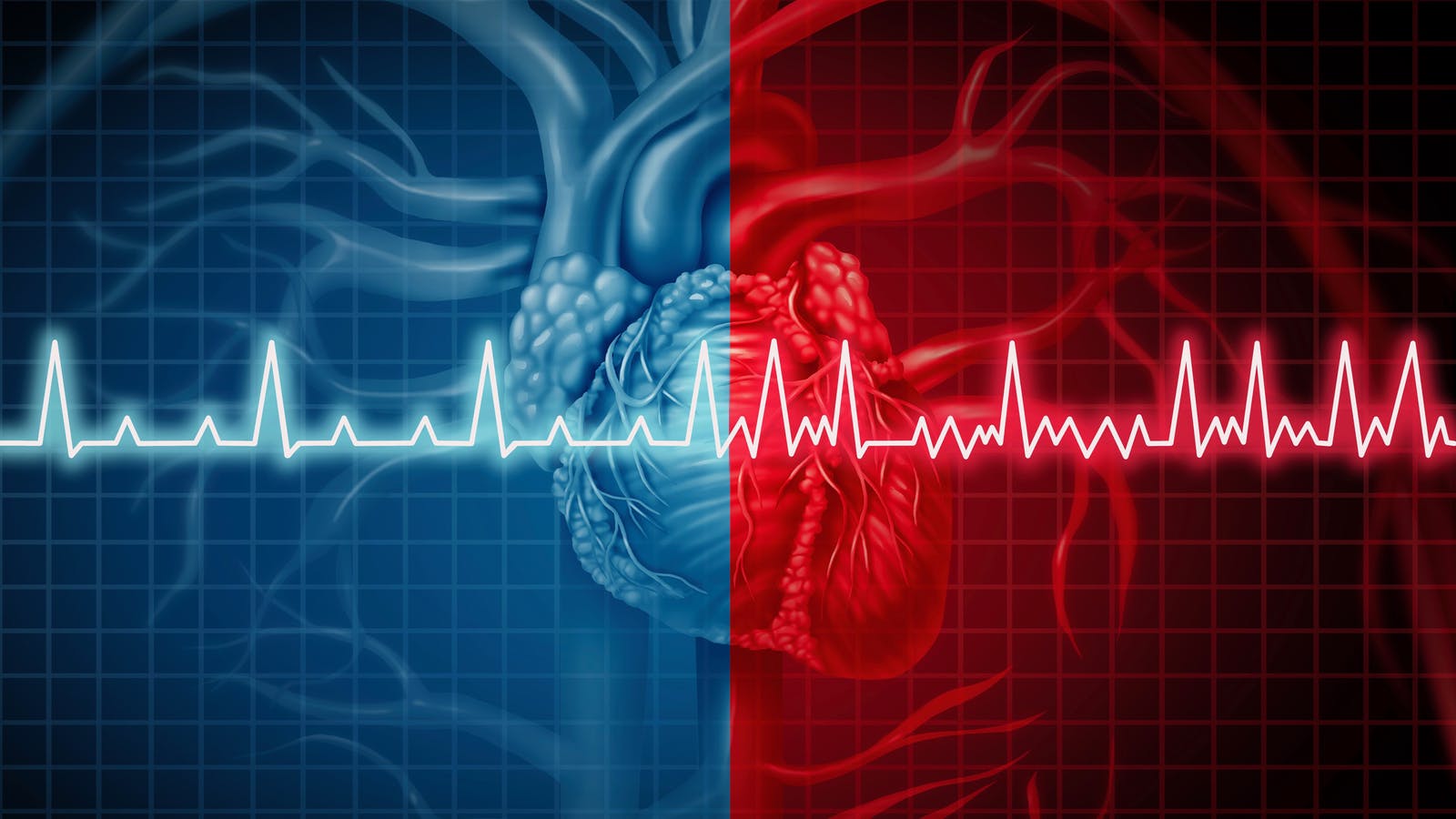 I tried to ignore it, but I just can’t anymore. The misinformation being publicly touted needs clarification. Popular news articles are covering an observational study linking “low-carb” diets to atrial fibrillation, a potentially dangerous heart...

The problem is that Diet Doctor is preaching to the choir.

Using two different search engines with “low carbohydrate + atrial fibrillation”, DietDoctor comes up on first or second page. The choir is getting larger and more traction.

The author of the DietDoctor response is Dr. Bret Scher, a Fellow of the American College of Cardiology. Not a journalism intern writing from an ACC press release about study that has yet to published.

This kind of situation is actually more useful than what ‘preaching to the choir’ usually indicates. Some amount of the people who read Diet Doctor haven’t ‘drunk the Kool-Aid’, as it were, and so may be significantly questioning their diet choices due to all the news surrounding this, and may need re-assuring. Additionally, there’s plenty of people that simply want some explanations to give to all their friends and family bringing this up to them that’s better than whatever they can give themselves.

It’s also just kinda a popular thing among ketoers to debunk or refute or disavow something study or whatever against keto, so probably valuable from a business standpoint to give their audience things they like (not a bad thing).

Yet again the weightless industry is spreading False and Misleading stories to assuage people away from being/getting healthy on their own.

A new healthy study suggests that popular, low-carb diets like the Keto and Paleo diets may raise the risk of a variety of heart issues.

I should hope not! Kool-Aid is defintely not keto!

Haven’t looked into it myself, but I guess unsweetened Kool-Aid might be. I do remember making some as a kid and it was pretty horrid though.

I am looking at the point trying to be defined:

Yeah there are different percentage of carb allowance 20 grams up to 200 or more grams etc.

What if that terminology was just scrapped, time for a present day reboot!

Why not “LOW SUGAR DIET?”

Problem with the term “low carb” is its associations with incorrectly construed negative outcomes.

Who is going to argue about a “low sugar diet?” (maybe the attention would shifted to the sugar cane/beet sugar, grain and corn grower industries rather than this futile infighting?)

It is like a dog chasing its own tail in that the perception gets sucked into its own vortex because the real issue is escaping detection?

20% already sounds high for what I’d call low carb, but how would you accomplish 200%?

There are a lot of low sugar diets out there though that are both low fat and high carb, as most people aren’t thinking of glucose when they think of sugar for a diet. So, that would probably get confusing. Even grain free there are plenty of options (potato diet, fruit diet, vegetable diets, steak and potatos, steak and french fries, etc).

20% already sounds high for what I’d call low carb, but how would you accomplish 200%?

There are a lot of low sugar diets out there though that are both low fat and high carb, as most people aren’t thinking of glucose when they think of sugar for a diet. So, that would probably get confusing. Even grain free there are plenty of options (potato diet, fruit diet, vegetable diets, steak and potatos, steak and french fries, etc).

Does not matter you will still achieve ketosis high or low fat and high carb (depending on the type of carb) in the diet.

No confusion, simply cutting down the intake of sugar (including starches, fruits, refined carbohydrates and heavily refined sugars like fructose mixed with sucrose) is ketosis or a ketogenic diet plain and simple!

Again, most people won’t think “glucose” or “starch” when anyone says “no sugar”, particularly as there have already been many high carb diets that get rid of sugar (supposedly, they’ve been decently effective for many, which points to just how bad fructose is, but that’s another topic). You aren’t reducing any confusion by expecting most people to automatically associate all carbohydrates with sugar, even if scientifically they are all a ‘sugar’. Many have a hard time figuring out what a carbohydrate is to begin with.

Again, most people won’t think “glucose” or “starch” when anyone says “no sugar”

Let’s rephrase that “low sugar diet” you will never totally eliminate sugar from the diet but you sure can lower it and blunt immediate absorption!

Many have a hard time figuring out what a carbohydrate is to begin with.

Grains, sugars and starches, highly refined and processed carbohydrates, refined sugars and preservatives? Not too hard to figure out?

Types of Resistant Starch; Not all resistant starches are the same. There are 4 different types (2):

See also: Effect of eating vegetables before carbohydrates on glucose excursions in patients with type 2 diabetes

Let’s rephrase that “low sugar diet” you will never totally eliminate sugar from the diet but you sure can lower it and blunt immediate absorption!

You have the exact same problem I mentioned before. Changing the severity of the restriction or quantitative part of the phrase doesn’t change the problem with the identifier I was talking about.

Grains, sugars and starches refined highly processed carbohydrates, refined sugars and preservatives? Not too hard to figure out?

For you or I, no. I’m not talking about you or I though. I’m talking about people like my father and others who couldn’t figure out bread had carbs without asking. I’m saying if there are a lot of people that can’t even figure that much out, there’s going to be as many or more that aren’t going to understand when someone says “low sugar diet” that they are talking about carbohydrates in general.

And once you explain the whole list of carbohydrates to someone, you might as well have just said “low carb”.

You have the exact same problem I mentioned before. Changing the severity of the restriction or quantitative part of the phrase doesn’t change the problem with the identifier I was talking about.

Still does not matter what phrase or identifier you place on it or how you want to define it; amount of sugar intake (from whatever source that is?) will always be the deciding factor on how long you live, the quality of life you live, how healthy you will be any way you slap it esp. when you start mixing sucrose with fructose?

I don’t think we are talking about the same problem here, and I don’t think replacing the phrase “Low Carb Diet” with “Low Sugar Diet” is going to help anyone in particular. Low Sugar Diet is great and all, but it’s not treated colloquially as the same as a Low Carb Diet for a reason, including that it’s already in use with many other non Low Carb diets.

Then why did you want to change the phrase and identifier if it doesn’t matter?

It’s the first study to look at the association relationship between dietary carbohydrate intake and risk for atrial fibrillation?

Authors note that while the study shows an association, it does not prove that a low-carb diet directly increases risk for AFib. However, experts still have a few explanations for the possible association.

I really should read the other comments before I press on. But I’ll leave these notes for now and come back.

[keeping calm and keto-ing on elevator music composed by @carl]

OK, I’m back after reading the comments above. It appears to be a study containing flaws. Got that.

Isn’t anyone interested, or curious, as to what the mainstream cardiologists have as explanations for a dietary association to atrial fibrillation? For the point that they are failing to make?

First, people eating a low-carb diet tend to eat fewer vegetables, fruits and grains, which are known to reduce inflammation. Increasing protein intake while cutting back on carbs can also lead to oxidative stress, which occurs when the body has trouble defending against free radicals that can cause damage to cells, protein and DNA. Both of these conditions can increase risk for atrial fibrillation, as can a general increased risk of other heart problems.

Er. Oh, dear. Mmmm, OK. Not applicable to a ketogenic way of eating. Next…

There are many different low-carb diets that have become popular in the past few decades, such as the ketogenic, paleo and Atkins diets. While they may differ slightly, most are rich in proteins and limit intake of sugars, grains, legumes, fruits and starchy vegetables. In the recent study, it didn’t seem to matter which type of diet participants were on when it came to risk for AFib.
“Low carbohydrate diets were associated with increased risk of incident AFib regardless of the type of protein or fat used to replace the carbohydrate,” Zhuang said.

You know, I really wished there would be some new information. Or at least after trumpeting an association, following up with a plausible mechanism.

I experienced repeated AF while eating keto, and it starting after eating keto for 3 years plus. We (non-vegan nutritionally motivated laypeople) often harp on to vegans that they eventually will get disease symptoms once their bodies run out of stored micronutrients to draw down. I wondered if longer term keto eating may have a similar response? But I also experienced normal cardiac rhythm and heart anatomy after resolving a specific electrolyte problem; magnesium deficiency. I still eat LCHF and am in nutritional ketosis. The keto did not cause my AF experience. But the AF did cause me to look closer at my diet. And through researching some actual published papers, I could sort the problem out. AF and keto are associated as n=1.

But I wonder if, more widely in the LCHF community, eating low carb can unmask some individual susceptibilities in people, some other diseases that become symptomatic, while in steady state, longer term nutritional ketosis? Kidney stones is another one that pops up. That is, unmask symptoms until the diet can be adjusted to quell that problem?

That’s why I’m fascinated by naysayers. It’s risky, but they may eventually turn things up that will improve the evolving nutritional ketosis way of eating.

The groups were allocated after the data was collected and available. It’s a retrospective epidemiological observational study. Data first. Then make up the groups with the parameters available from the dietary surveys. Then apply the statistical risks. I suspect it would have been tough to find a proper low-carb group, let alone a keto group, with the study period starting in the mid 1980s. Maybe the researchers should have phoned Dr. Atkins?