How can I ease keto flu?

Hi guys, I recently started well, Restarted Keto and It took a while but I’ve decided to completly go all 100% and be really committed. I’m doing well, but yesterday and today have a rotton headache, nausia, foggy brain…ect. I did this lifestyle last year but never noticed a keto flu as I was weaning off medications. So now it’s intense. I’m Drinking lots of water… taking tablets, but the headache sucks.

Any suggestions on anything that could ease this??

… but yesterday and today have a rotton headache, nausia, foggy brain…ect… I did this lifestyle last year but never noticed a keto flu as I was weaning off medications.

You say you did not experience this last year, so why do you think whatever you’re experiencing now is a result of not eating carbs? Any other lifestyle changes recently? When exactly did you start to reduce carbs? What medications were involved last year and when exactly were you totally off them?

How much water? Do you drink to satisfy your thirst or some arbitrary amount you read was ‘necessary’? What tablets?

Any suggestions on anything that could ease this??

Presuming it’s due to reducing carbs - ie ‘carb withdrawal’ - increasing sodium intake might help alleviate your symptoms. I recommend either Himalayan pink salt or Redmond Real Salt since in addition to sodium both contain multiple beneficial other minerals as well. 6-10 grams of sodium are generally sufficient; that’s 12-15 grams of salt per day. Taking a couple of tablets containing milligrams of sodium wont do a thing for you.

I’m not sure if it’s the result of not eating carbs, but it’s day 4 today of being under 20grams of carbs and just a bit headachy. There have been lifestyle changes recently. I gave up Marijuana 8 days ago after smoking it every day for three months, so that could contribute. Last year, the medication i weaned off was Methadone and anti depressants. I’m Drinking 1.25 litres a day of water. I read that 2litres is recommended, but I struggled, so now i drink for thirst. I take Ibruprofen for the headaches. Paracetamol wasn’t working. Thanks for your helpful advice. I will keep my sodium up.

No wonder you’ve got a headache! I mix about 10-12 grams of Himalayan salt in a liter of water and drink that during the day. It tastes slightly salty, but not like sea water or marsh water. In fact I’ve been doing it so long that plain water tastes rather insipid to me. Anyway, it’s an easy peasy way to get a lot of salt into yourself.

I’ve also discovered a carbonated ‘deep ocean mineral’ water called YHB Ocean Bomb (the plain water version - not the flavours!). You’ll find it in Asian Markets. Here in Vancouver only our local Asian supermarket carries it. I’m drinking a couple of 330ml cans of that pretty much daily now. It’s made in Taiwan from water pumped from the ocean off the coast from a depth of 700 meters (so they claim). It’s tastes way better than any other mineral water I’ve tried - plus it contains a lot more minerals. 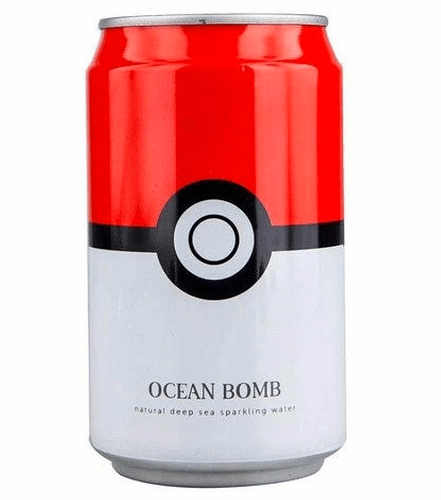 @amwassil Thankyou so much. I’m Drinking salty water right now. Hopefully it helps. I’ll have a look around for the Ocean Bomb mineral water too. The more minerals and nutrients, the better.

Increase the amount of salt you eat and drink to thirst. Keto “flu” is a symptom of lack of sodium, because in the absence of elevated insulin, the kidneys excrete sodium at their normal rate, which is slowed down on a high-carb diet.

I used to read about “die-off.” The theory was that certain yeasts (e.g., candida) and other things in our gut fed off sugar, and when we stopped eating sugar these microorganisms would die. One byproduct of this mass die-off was toxins released by the dead and dying things. The toxins, in turn, would cause headaches, fatigue, etc.

I’m not providing any links, because the only ones I could find were trying to sell something. In groups I belonged to previously, it was regarded as a normal thing that would go away by itself in a week or two.

Sodium can help huge, but don’t forget about potassium. If your headaches feel the same as the hangover headache… get some potassium in there.