Good read. Thanks for posting that!

It was a good read. Thanks @petert

I never said that, but I am not as sentimental as you are about people who have lived long, full lives and are at the end of their life in a nursing home.

The statistics would be more worrisome if half the deaths were young people instead of very sick nursing home patients.

I have not seen a single statistic that shows the overall mortality rate has increased while we wreck the economy.

It really varies. Norway and South Africa, for example, are below the normal expected number of deaths. Economic slowdowns tend to reduce overall mortality, and the Covid-19 deaths in those two countries have not been enough to make up the difference.

Since the economy is built on sham; are we really wrecking it?

One can question the underpinnings, which in our case is a vast amount of debt, but there’s precious little that any of us can do about that, as individuals, almost without exception. The effect on the economy is mostly not a matter of policy, i.e. the global markets and people’s behavior changed a lot even without any gov’t decrees. The study below found that ~1/4 of the rise in unemployment was the direct effect of stay-at-home orders.

Stay-at-home orders have been imposed in many countries to flatten the COVID-19 pandemic curve, but it’s not clear how much economic disruption is caused directly by the orders and how much by the

The U.K. has a big gap - take out the reported Covid-19 deaths and there’s still a lot above the expected amount.

For the U.K. it was over 8 weeks - March 14 through May 8. The Office of National Statistics for England and Wales, the Northern Ireland Statistics and Research Agency, and the National Records of Scotland.

I added the weeks up again, and for England and Wales it’s an extra 49,467 deaths in those 8 weeks. There’s another week of data there now, with another 4,385 deaths beyond what’s average. 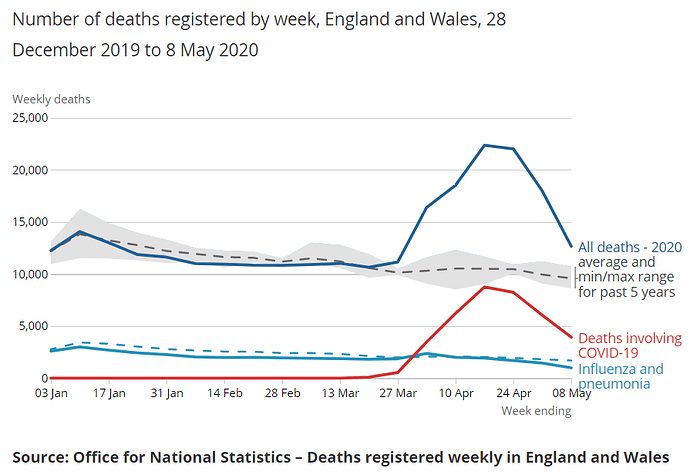 The two biggest weeks were in April for England & Wales, 113% and 110% above average. For those 8 weeks as a whole it was +60%. Since there’s now another week of data presented - for the past 8 weeks of reported deaths, England and Wales are 66% above average.

Global Deaths Due to Various Causes and COVID-19 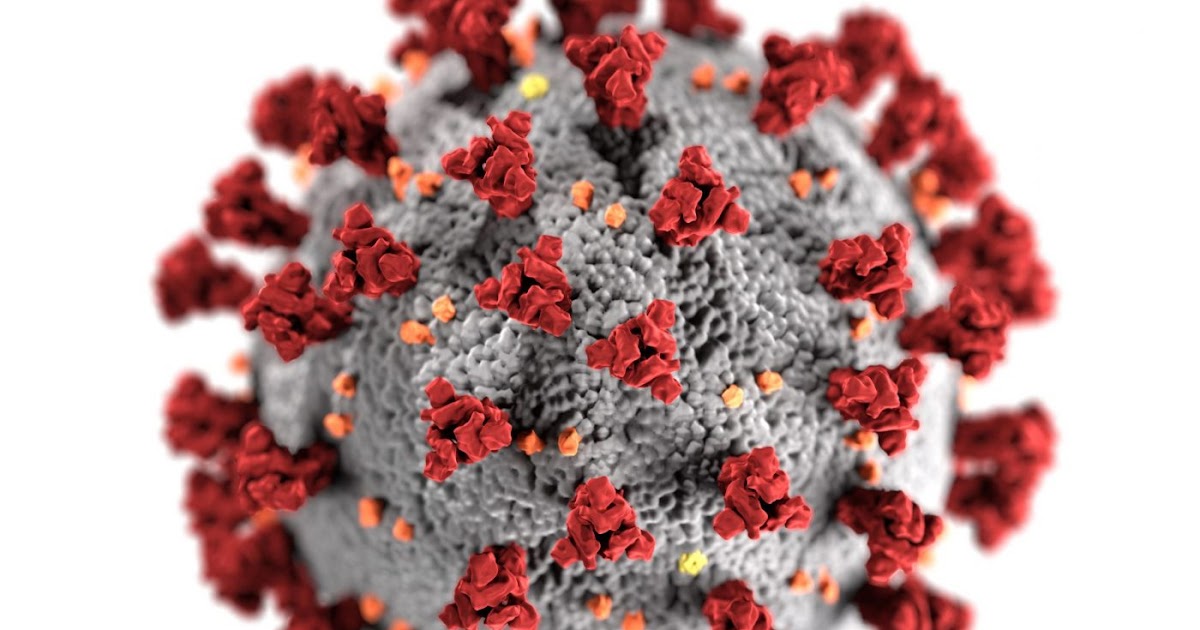 Whataboutism at its finest.

57 million people died worldwide in 2015 and none from COVID. If we top out at 1 million this year from COVID (could be higher) it will account for 1.8% of all deaths.

Whataboutism at its finest.

Or putting things in perspective at its finest

It was a cool graphic but they cherry-picked causes of death for effect… like Keys did with his 7-country study for example.

57 million people died worldwide in 2015 and none from COVID. If we top out at 1 million this year from COVID (could be higher) it will account for 1.8% of all deaths.

Yes, but the point is that this thread is about COVID-19, which may not be obvious from the title or the contents, I guess. Most of your posts are Trump-like misdirections or dismissals (it’s only old people waiting to die anyway, look over here people are dying anyway!) and so on.

I don’t watch TV except gor football And an occasional show (so don’t watch the news) and definitely don’t follow (nor care) about politics except at the local level where my vote means something. I really cared less if Trump or Hillary won the last election and don’t give a fig who wins this one.

I only post what I believe about this virus and I know I am in the minority. Only time will tell once it burns itself out or fades out of the news.

And yes, this is a COVID thread which is why the graphic would be interesting to see how COVID deaths stacked up against the top 10 worldwide killers with the same scale

It’s only supposed to illustrate how quickly covid is overtaking some common causes of death which it did very well.

It did at that.