And while I am at it, the people being tested were all Cornell students ranked against each other. Even the bottom quartile at Cornell is pretty sharp and must have SOME reason to have confidence in their abilities. So the applicability of this to daily life problems has required a lot of stretch from the data.

Sort of like Doctors seeing plaque made of cholesterol and deciding we should eat carbs instead of fat. OK, I made that’s up but FYI on the DK effect

People who test positive aren’t completely asymptomatic. They still have the reduced energy levels associated with being infected

And you know this how precisely?

People who test positive aren’t completely asymptomatic. They still have the reduced energy levels associated with being infected

All other numbers can be argued against using one or the other hypothesis. But excess deaths tells us how big the problem is. And the numbers coming from the UK at least give us a very clear picture.

What has that to do with riding a motorcycle whilst COVID positive?

All other numbers can be argued against using one or the other hypothesis. But excess deaths tells us how big the problem is. And the numbers coming from the UK at least give us a very clear picture.

I don’t think you can attribute excess deaths to COVID itself; many are due to the shutdowns. My family lost someone who went into a steep decline when she was isolated at home and I doubt she was the only one, and many folks aren’t seeking medical treatment.

You’ve brought grasping at straws to a whole new level!

And you know this how precisely?

You’ve brought grasping at straws to a whole new level!

I know because I lived with a healthy energetic asymptomatic and his energies reduced to noticeable levels when he was infected.

Both of you don’t have first hand experience with being infected with covid. Dunning-kruger effect?

@amwassil
Flu deaths are grossly overestimated. I’ve never heard of anyone dying from the flu. Have you?

Errr that means they weren’t “asymptomatic” though?

Flu kills hundreds of thousands of people every year and we have a vaccine for that ( for al the good it seems to do).

And to be totally correct you don’t have “first hand experience” either do you?

The last time I got sucked into a COVID discussion I got officially ‘shushed’ (politely, but firmly) so I’m bowing out of this one here and now with the following link.

Michael, you are entirely welcome to take part in the discussion.

There is no evil cabal with a nefarious vacuum machine scheming to draw you in against your will. Nobody gets “shushed” for just being in a discussion.

We don’t want posters overly-aggressively pointing the finger at each other, nor do we want things boiling down to “My side is right, and yours is wrong and stupid.” This is what makes religion and politics off-limits to an extent. Likewise, links to outlandish conspiracy theories or websites that go over the line in the “religion and politics” vein are discouraged.

As for BC and Canada, maybe we just got lucky or maybe we did something better for a change.

Canada is rather in the “middle ground,” as far as fatality rate. Excluding extremely tiny countries, Canada has the 16th worst per-capita death rate, among ~190 countries. This will likely change over time, i.e. the virus hasn’t really gotten going in many parts of the world yet.

It’s also still early, in Canada. Most of the population has not yet been exposed. To at least a small extent, I imagine that Canada has been more focused and forceful in its response - it remembers the first SARS (as far as I know, Canada had the most deaths from it outside of Asia).

I think Hinderaker is quite objective in this piece, with numbers very easily verified because he shows the sources.

I disagree, because he’s trying to mislead people, and in an amateurish way. It’s just lame politicking when you have to resort to such tactics.

This data is incomplete for at least the past couple months. The picture will look different later on this, year, as it always does, i.e. at any given time the figures for recent history are understated. Hinderaker knows this - it says so right on the CDC website - but he tries to hide this fact from readers.

That’s why placebo is so powerful because of paradox.

Paradox happens when there are too many cooks in the kitchen skewing the variables and thus creating branched outcomes relative to the observers.

You could tell somebody eat what you want and as much as you want just don’t eat three meals a day, fast a little in-between meals, lift weights once a week but will they do it exactly in that order?

NOPE! (they will always deviate away from or add something to it or take away from it?)

Once a variable is observed it ceases to exist or dissolves its meaning relative the observer.

You are the placebo? 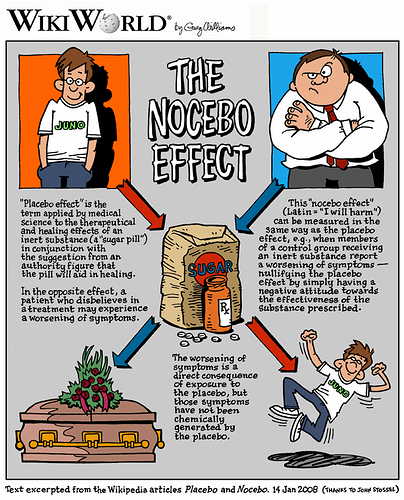 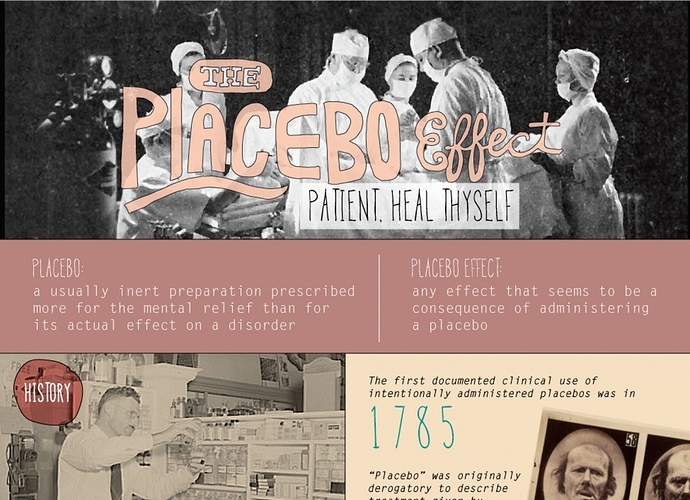 And now, turning to low carb gurus (whose names I won’t mention, but these are the big guns of the LC world), they seem to KNOW lock downs don’t work; or KNOW covid-19 is no worse than the flu

I believe this is partly due to “advancing their brand” with increased pageviews, getting more advertising money, etc. If anything I would expect them to be above average intelligence on the whole, but in this case they are trying to “get more” (money/fame/attention/“name” recognition) rather than be truthful.

or KNOW covid-19 is no worse than the flu - this is amazing. That illusion should have ceased to be prevalent early on in the virus outbreak. The death rate in New York City went to more than six times the normal rate from all causes. Over time, there will be surprises in given areas, both on the low side and on the high side, but comparisons of equality with the common flu were rendered silly quite a while ago.

Case in point: heard a podcast of two low carb/carnivore gurus discussing the covid-19 infection on the aircraft carrier. They assumed that covid-19 would be on every exposed surface on the carrier. As someone who spent 3.5 years on a carrier, I can tell you that idea is completely ludicrous.

Can you imagine? Who (or what) was on that carrier?

My wife has taught Psychology, and we were talking about Dunning-Kruger. My main take-away is that those with the lowest ability tend to overestimate their ability the most, sometimes to a very large degree. At the upper end of the scale, things flip around with the top 25% or so underestimating their relative ability. For the more-able, things also tend to be less static. Given feedback, they get closer in their approximations of their true ability, while the lower tend to make the same mistakes over and over.

We’re also not monolithic or homogenous; we’re better at some things and worse at others, and we know this, so, topic-by-topic I would think Dunning-Kruger applies at different rates.

None of their data look remotely like that cartoon that has become a psychobabble meme.

I agree here. There seems to be a current popular “emotional response to data” implication…? Perhaps an artifact of the large amount of data, etc., we are now bombarded with?

And while I am at it, the people being tested were all Cornell students ranked against each other. Even the bottom quartile at Cornell is pretty sharp and must have SOME reason to have confidence in their abilities. So the applicability of this to daily life problems has required a lot of stretch from the data.

Excellent point. In that study, there were some hard-to-believe findings. For a subgroup - “Their actual test scores placed them in the 12th percentile, but they estimated that their performance placed them in the 62nd percentile.” Extraordinary. And as you say, even the less-able Cornell students should have some advantage, versus much of the general population. Would this mean that the Dunning-Kruger effect is even more pronounced for people in general?

That is so true coming from the most ignorant and unknowledgeable of them all?

Oh no Bunny has found religion…

“the most ignorant and unknowledgeable of them all…” Darwin. Right.

Nothing to do with religion however Mr. Darwin was the greatest Fairy Tail teller (ideas that could look logical to the gullible) of them all, at least the Bible Belt peeps have some proof! I’m neutral on the subject of creationism vs. evolution!

the Bible Belt peeps have some proof

Would love to see the RCT that shows that…

Would love to see the RCT that shows that…

More proof than Darwin’s theories and hypothesis’s at least?

Errr that means they weren’t “asymptomatic” though?

Flu kills hundreds of thousands of people every year and we have a vaccine for that ( for al the good it seems to do).

And to be totally correct you don’t have “first hand experience” either do you?

Flu deaths are made up to push people who experience fear into useless vaccines. Corruption pays and it pays well.

You don’t remember me being severely sick with covid? My viral load going up and down due to being susceptible, experimenting with many supplements and living with a callous asymptomatic. I haven’t and many haven’t walked away scot free from covid as we normally do from the seasonal flu.

You can keep talking crap until someone close to you gets infected. 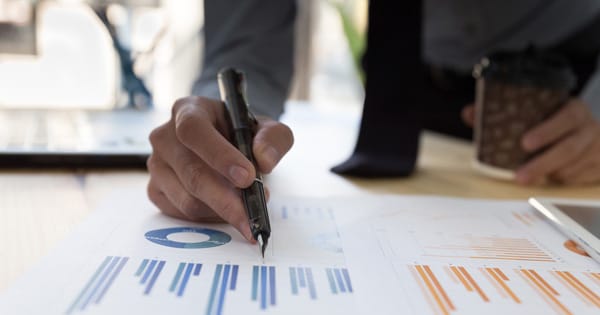 Let me know when something like this happens during a flu season. 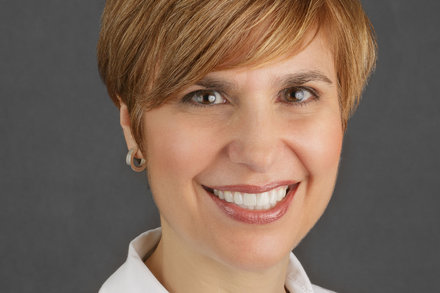 ‘I Couldn’t Do Anything’: The Virus and an E.R. Doctor’s Suicide

Dr. Lorna Breen was unflappable — until she faced a new enemy.

I remember how covid would change by brain chemistry and kept tormenting me. How it would wake me up during the night and induce fear. I would say that the SARS-cov-2 virus is very much an extension of a bat.

(Although cutting way back on butter and cheese so as to get my total and ldl cholesterol out of the “freak out” range! )

The evidence against cholesterol is exceptionally poor. Several large epidemiological studies (MRFIT, Minnesota Coronary Study, Women’s Health Initiative, Nurses’ Study, Framingham, and others) have actually shown a negative association between cholesterol levels and cardiovascular risk. There is actually an organisation called the International Network of Cholesterol Sceptics (THINCS), which you might like to check out. Some of the members have very solid research credentials.

You can find more information on lipidology and cholesterol at www.cholesterolcode.com and www.thefatemperor.com.