Following the authorities’ advice no doubt!

British spokesmen say they are looking for at least some be infected too get herd immunity. At 71 I think I’ll let some others go first if possible.

My understanding is that to achieve “herd immunity” they need something like 60% of the population infected. The problem is that there is no evidence whatsoever that the antibodies last for very long. On the surface the British plan seems to be to sacrifice it’s obese and senior citizens on the altar of economic growth. It’ll mean less economic damage due to the virus, but it’s kind of sick/evil.

Has anybody there actually presented evidence that immunity will persist for more than a few months, or that immunity to one strain will confer immunity to the new strains that will inevitably evolve after the virus is presented with millions of hosts to replicate in? Sounds insane.

There is also double infection of COVID-19. There are two strands known so far: S and L, and it is possible to have BOTH.

Yup. Those first two strains arose when there were less than 40,000 cases. God only knows how many there are now, or how many there will be when the case count hits 4 million.

In the US, the CDC and NIH are doing their part to ensure we have as many cases as possible. Unlike the British though we’re doing it through sheer incompetence.

There are a few dozen bureaucrats like US Surgeon General Dr. Jerome Adams who should be publicly executed when this is all said and done.

Adams reserved a special place in hell when he told Americans that masks do not work. Its obvious now that social distancing and masks are two prerequisites to slowing the spread.

On the surface the British plan seems to be to sacrifice it’s population of senior citizens on the altar of economic growth.

I think the UK government has concluded that the virus cannot be eradicated by containment so the next best thing is try to slow the spread so they don’t run out of ventilators. No chance of that working unless the youngin’s cooperate and so far doesn’t appear they’re willing. I just assume we’ll all be getting this virus sooner or later. Will all our diet (and fitness) effort pay off?

I had read that the the mutation of l from
s was something that was likely to occur near the time when it first became human transmissible. Further mutations like that are less likely

I found this quite informative

I think this YouTube clip explains the UK government’s plan rather well:

I don’t know if he is right or wrong… but it sure is nice to hear someone thinking about the best strategy rather than the best optics, and explaining it.

When he said “You can’t quarentine people for three months” I almost cried. I’ve been in semi-quarentine for 2.5 months now. I can go out, but there is nowhere to go. The park, the grocery store… and the park isn’t that close. Thankfully I have a VPN, so I am not limited to Chinese internet

. No work. I mean, I’m really glad I’m not sick and no one I know is sick. My city has 16 active reported cases and we’ve had one death. But quarentine is a real deal. Economic repercussions are more than just numbers in the stock market. I don’t know what I’d do without my family’s help right now. Hopefully I get back to work before it impacts them.

But now my 80yr old aunt and uncle have possibly been exposed. My cousin is in the worst hit city in the US, so she can’t go be with them because she is healthy and therefore cannot get tested. Crazypants.

I am politically neutral. I’m not going to excuse anything the Chinese government has done. But if I need a test, at least I know I can get one.

I had read that the the mutation of l from
s was something that was likely to occur near the time when it first became human transmissible. Further mutations like that are less likely

That’s great news if true. The best feature of CV19 is that doesn’t pose a risk to kids. If that were to change it would change things considerably.

The best feature of CV19 is that doesn’t pose a risk to kids. If that were to change it would change things considerably.

Seems like its “spike” is what makes a virus so transmittable. 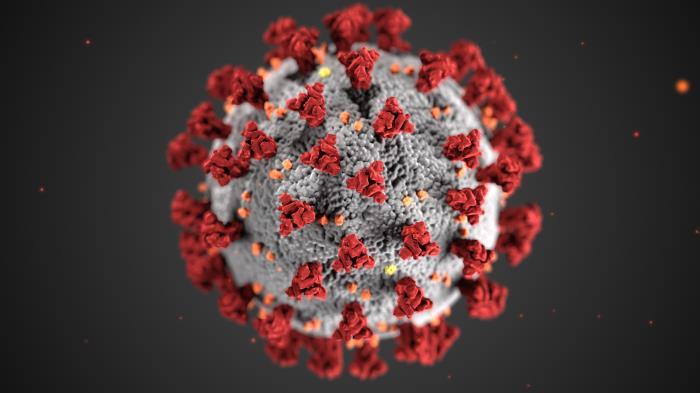 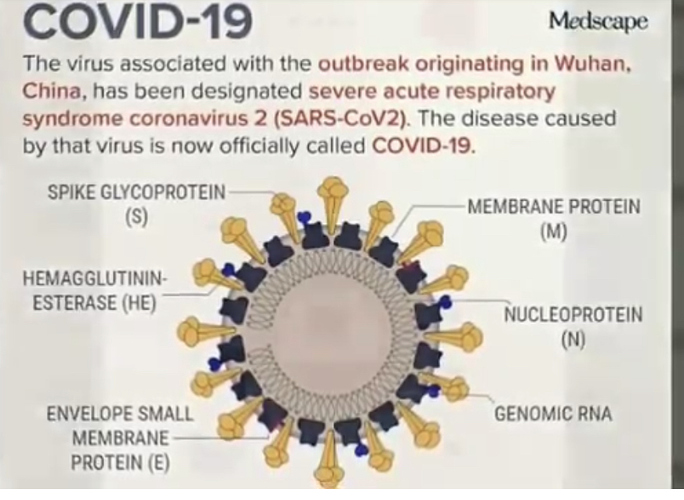 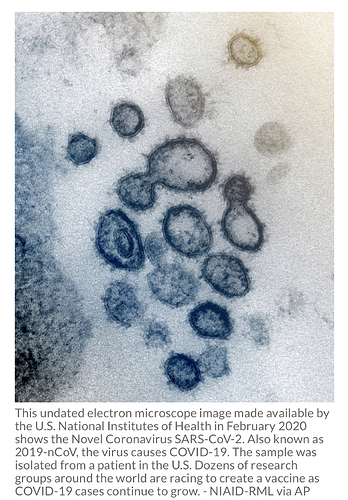 The new coronavirus is studded with a protein aptly named “spike” that lets the virus burrow into human cells. Block that protein, and people won’t get infected. That makes “spike” the target of most vaccine research.

Not so long ago, scientists would have had to grow the virus itself to create a vaccine. The NIH is using a new method that skips that step. Researchers instead copy the section of the virus’ genetic code that contains the instructions for cells to create the spike protein, and let the body become a mini-factory. …” …More

That’s ingenious! Kill its miRNA spikes and you disable it! And inject that into humans?

Hooray! The New York Times finally wrote an article that brings attention to the fact that the 50% of America that is obese is going to be dying at dramatically higher rates than most people currently expect. 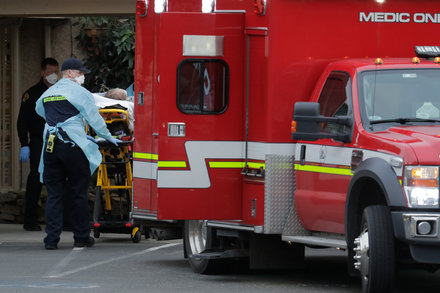 Those with chronic health problems are more likely to develop severe illnesses and to die, research shows.

I’m surprised. I totally expected to see a breakdown of the number by you. Especially when just a few days ago, Gov Cuomo of NY released his states numbers ((and in various ways). I’m not going to cover them all, but very interesting breakdown he was quoting. Male vs Female, race, etc… Not very comprehensive, but more than I had heard anywhere else. That and he gave out the numbers I was interested in hearing, which are really the most important ones to know (imho) TOTAL TESTED. Thats right, he actually stated what percantage of a population was actually tested. He even gave numbers of positive tests to go with that. I couldnt beleive it. I dont want to spoil the math for the math nerds, or bore everyone else. But it went something like this…

13.9% of of those tested were positive.
Using the numbers Cuomo gave, it made the death rate equal to about 0.0012%

But that’s just a loosley calculated number. Extrapolating percentages given to match the entire population. Of course it will vary from city to city or state to state. But it isn’t anything to fear and cower over, or even shut down an economy over.

Hope all is well, and CCPV free.

COVID sceptic… who me?

Using the numbers Cuomo gave, it made the death rate equal to about 0.0012%

RJ, did you get that decimal and add the percent sign? Even taking the entire state population, the number of deaths is already about 100 times that…

COVID sceptic… who me?

Mark, in the end we won’t know the exact cause of every death - how would you figure things overall?

Doesn’t it make sense to take the total deaths in a given time period, subtract the historical average number of deaths and then assume the remainder are due to Covid-19, since there’s nothing else unusual going on?

Doesn’t it make sense to take the total deaths in a given time period, subtract the historical average number of deaths and then assume the remainder are due to Covid-19, since there’s nothing else unusual going on?

So far alleged COVID deaths are in total about 1.3 days worths of daily global deaths anyway. Spread over the 116 days we have had so far this year that’s hardly a blip…

Non treatment of various illness due to people being too scared to go to hospital? More people dying from strokes and heart attacks
Murders due to domestic problems and suicides caused by economic problems?
We are seeing this already in the UK.

It may be ‘natural’ to think that deaths increase during economic slowdowns (several studies even mention that human tendency) but the evidence is that the opposite thing happens.

If an argument can actually be made that the numbers are being substantially affected by causes such as you describe, that is one thing. Are there any such statistics? While obviously “some cases” could likely be found, I doubt they would even begin to bridge the large gap between the normal rate of deaths + known Covid-19 deaths and the total number of deaths.

Moreover, economic slowdowns actually feature less mortality rather than more than normal. There are reductions in deaths - in the U.S., the largest killer of people aged 54 or less is traffic accidents, and those have declined substantially due to less economic activity. Fewer deaths from occupational accidents, pollution, etc., as well. There are plenty of examples of this.

Life and death during the Great Depression

Recent events highlight the importance of examining the impact of economic downturns on population health. The Great Depression of the 1930s was the most important economic downturn in the U.S. in the twentieth century. We used historical life...

Increasing mortality during the expansions of the US economy, 1900–1996

Abstract. Background In Western countries mortality dropped throughout the 20th century, but over and above the long-term falling trend, the death rate has osc

Economic growth and health progress in England and Wales: 160 years of a...

Using data for England and Wales during the years 1840–2000, a negative relation is found between economic growth – measured by the rate of growth of …

Same in England and Wales.

Recent research has shown that after long-term declining trends are excluded, mortality rates in industrial countries tend to rise in economic expansions and fall in economic recessions. In the present work, co-movements between economic fluctuations...

During the ‘Great Recession’ that began in 2007, unemployment in Spain and Greece more than tripled - (more than a quarter of the population was out of work) - but the increase in life expectancy in those two countries was among the best in Europe.