After 9 years of low carb/keto, I can honestly say...I was wrong...a lot

Benefits: too many to list, but I continued to lose weight except:

As an engineer, I’ve done a (bizarrely) high number of N-1 tests. In many, I was convinced I would find something was true before starting the test. And I was wrong. And I may have been on here advocating something I believed to be true and was not. For that, I apologize.

I plan on laying out the many times I was wrong in this thread. I’ll add more later.

Example: It was 2017. The common belief at the time was that protein = candy bar, meaning that if you ate high protein, your blood sugar would spike and you’d be “kicked out of ketosis”.

So, I bought a CGM (continuous glucose monitor) from Sweden. I did tests like this (multiply by 18 to get US units): 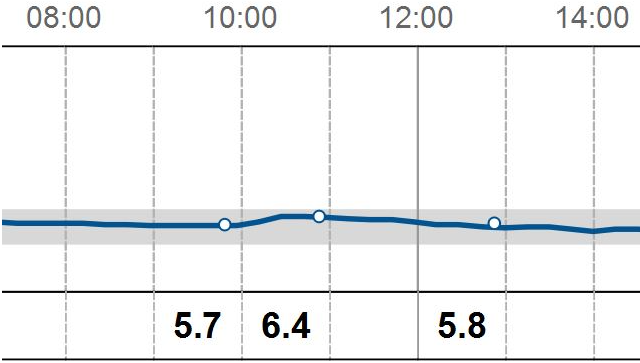 About 160 grams of protein and only about 28 percent fat:

This was after 36 hours of fasting, so you might think this is anomalous.

But this is a test of over a pound of ground beef at my first meal of the morning: 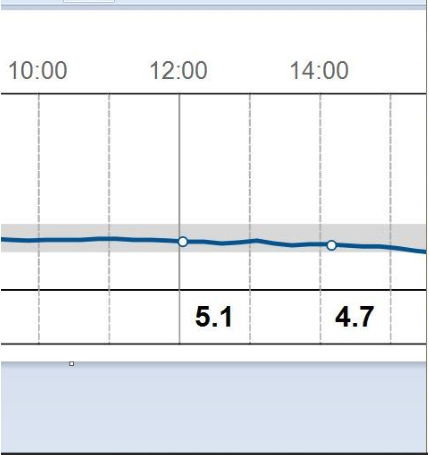 And here’s a random sampling of a few days of keto eating:

Moreover, I could list a bunch of BHB (blood) ketone tests here (I took over 1000 ketone readings), but I never was “kicked out” of ketosis. At least that I could figure out.

Conclusion: I was completely wrong about protein and blood sugar.

Dr. Ben Bikman explains why in this video:

NOTE: Amber O’Hearn thinks this is NOT true for some, particularly those with T2 issues. If you have T2 or are just starting a keto diet and believe you may have a poor metabolism (you’re heavy for instance, have higher blood pressure, etc.), I’d recommend not eating higher protein. Or at least testing to see what happens when you do eat higher protein.

And, as always, there are exceptions to every rule.

Will fill these in when I can.

Interesting. Thank you for posting this.

Wow, 9 years. Congrats. I bet most of us have thought we’d stumbled on to the secret of perfecting keto, only to find out later that we were wrong. And maybe something that is perfect for me, is not for you. But either way, we share. We talk it out and debate. That’s one of the things I appreciate on here. Thanks for your honest reflection and your longevity with keto. Both are inspirational.

Thanks for the link to the Bikman video, Bob. It’s been a few years since I last watched it, and it’s a fun lecture. An interestingly, the next video up on my YouTube recommendations is his equally enjoyable lecture entitled, “Ketones, the Metabolic Advantage,” which I also haven’t seen in a year or two.

I’m looking forward to reading your subsequent posts. They should be interesting.

@ctviggen Fascinating … looking forward to keeping up with this insightful thread of yours. Thanks for sharing!

As an engineer, I’ve done a (bizarrely) high number of N-1 tests.

“N-1” typically refers to the entire population minus one sample. Perhaps you mean “n=1” (i.e., a sample size of one)?

“N-1” would be bizarre indeed.

I bet most of us have thought we’d stumbled on to the secret of perfecting keto, only to find out later that we were wrong. And maybe something that is perfect for me, is not for you.

And maybe something that was the best option for me 6 years ago, isn’t good for me now

Oh it’s a tad annoying… Hopefully I am close to my final forms now but if I need some tweaking later, I can handle that. I think I did enough drastic changes. (I surely will need a change if I slim down eventually but it shouldn’t be a big one either.)

Looking forward to these topics.

Great stuff Bob. This thread will likely get you a book contract. Or at least a collaboration or chapter.

I’ve staved off type 2 diabetes for 7 years with LCHF (that includes a lot of mistakes and discoveries ) I’m looking forward to cross-checking your experiences with mine.

This is amazing! Thank you! I have definitely been leary of eating too much protein! I will throw it out the window!

Yes, n=1. Sorry about that. Thanks for pointing that out.

I will start posting again here soon. My mother has been in and out of the hospital and rehab and long term care, and I have had not much time to do anything else. If you’re ever applied for long term care under Medicaid for someone, you know what I mean.

While we are devastated, this means I’ll be able to post more in this thread.

So sorry to hear of your loss. Even when expected, it is so difficult to lose a parent.
May your mother’s memory remain a blessing for you.

I am so sorry to hear that.

I don’t know if this will comfort you or not, but I find that, while the grief over such a loss never actually goes away, it does eventually get easier to bear. Just be prepared for ups and downs. I was fine during the immediate aftermath of my mother’s death, but the six-month and one-year marks were very painful. You will eventually be fine, but in the meantime don’t feel you have to deal with your grief on anyone else’s schedule. You are entitled to feel what you feel when you feel it.

Hard times indeed. It’s a long journey but we’ll be here when you get back.

@ctviggen
I have learned you don’t get OVER it. You just get USED to it. Best wishes.

So sorry for your loss.

Can be a tough way to start the new year. I hope you find peace during this time of grief.