The majority of people I know are blood type O’s and they are immune for the most part.

Do you have evidence to support this or is it just theory? If so could you supply a link as I would be curious?

The article above links to the following scientific paper.

Blood group B also have immunity because they also produce Anti-A antibodies like type O’s.

Negative blood groups are more immune because they lack the antigens on their cell surface. Virus needs antigens to gain entry into cell.

Inhibition of the interaction between the SARS-CoV Spike protein and its... A blood type (also called a blood group) is a classification of blood, based on the presence and absence of antibodies and inherited antigenic substances on the surface of red blood cells (RBCs). These antigens may be proteins, carbohydrates, glycoproteins, or glycolipids, depending on the blood group system. Some of these antigens are also present on the surface of other types of cells of various tissues. Several of these red blood cell surface antigens can stem from one allele (or an alternati...

The science presented seems to be information gathered from the SARS-CoV strain and not the new Covid-19 virus. It is my understanding that Covid-19 doesn’t react the same as the SARS virus and that is why it has grown to pandemic levels and why scientists are scrambling to learn more answers. This would suggest that blood type does not have immunity capability as it does with SARS.

Agreed. The only crisis here is loss of commerce which means loss of income for millions.

My state has not been “locked down” and we are not under any stay at home orders. Not that measures haven’t been taken, but not as drastic as some states. Dine-in closed, barbers closed, no pubic gatherings, limit customers, etc.

45 deaths in Arkansas. We peaked 2 weeks ago and cases steady going down until a huge outbreak at a prison, so I expect a spike in deaths in about 3 weeks also.

That would be great for me if true! O-neg here

Thanks for the first-hand info. Your report is much more positive than the impression from the media (Swedes are doing nothing)

The virus evolved from Sars-cov. It’s not a completely new virus.

Like I said… Too many silent asymptomatic spreaders in denial because of their innate immunity.

I have A+ blood and I’ve lived and still living through hell. I’m not the only one.

Exactly… my husband has been working from home for about six weeks now. (we live in Sweden)

I think we are doing a stellar job so far, largely thanks to the majority of the populations compliance with social distancing and stay at home orders.

Agreed - I think Australia had a more timely response than most countries, and its experience is demonstrating that it’s approached things well. Hard to argue with: 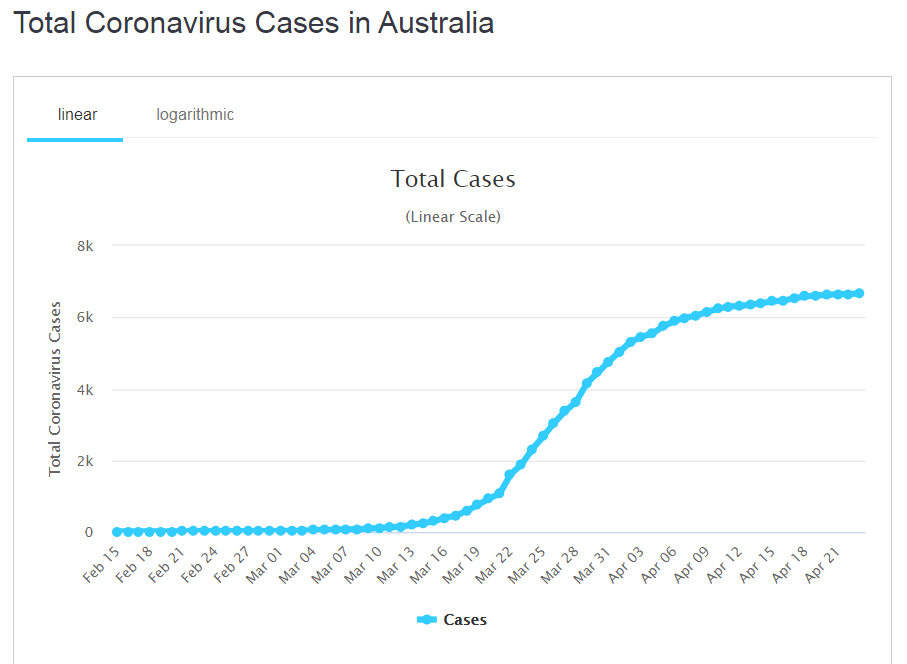 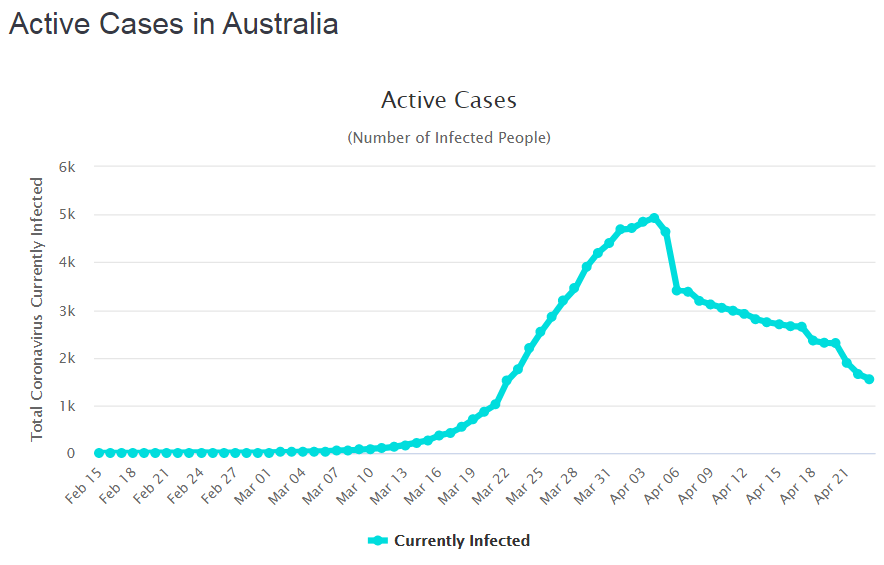 The science presented seems to be information gathered from the SARS-CoV strain and not the new Covid-19 virus.

While there were a few things back 14 or 15 years ago, about the first SARS outbreak, I don’t see anything about Covid-19 and the Rh factor (the “positive” or “negative”) now.

In China, I see one study on blood type:

Relationship between the ABO Blood Group and the COVID-19 Susceptibility

The novel coronavirus disease-2019 (COVID-19) has been spreading around the world rapidly and declared as a pandemic by WHO. Here, we compared the ABO blood group distribution in 2,173 patients with COVID-19 confirmed by SARS-CoV-2 test from three...

It’s not that one blood type is “immune” or anything, it’s that from this one study there does appear to be a little more risk for Type A (and perhaps B and AB) while type O has a little less risk. More, better, and larger studies will probably be done over time, while some of the subject groups in the Chinese study were fairly small. 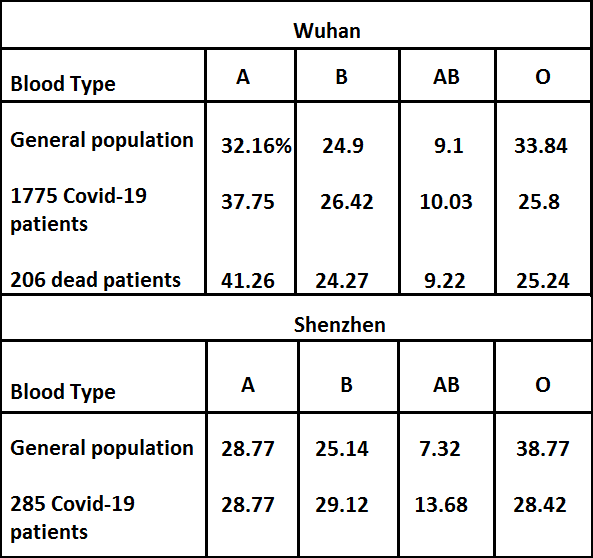 Thanks @OldDoug, that helps in understanding. 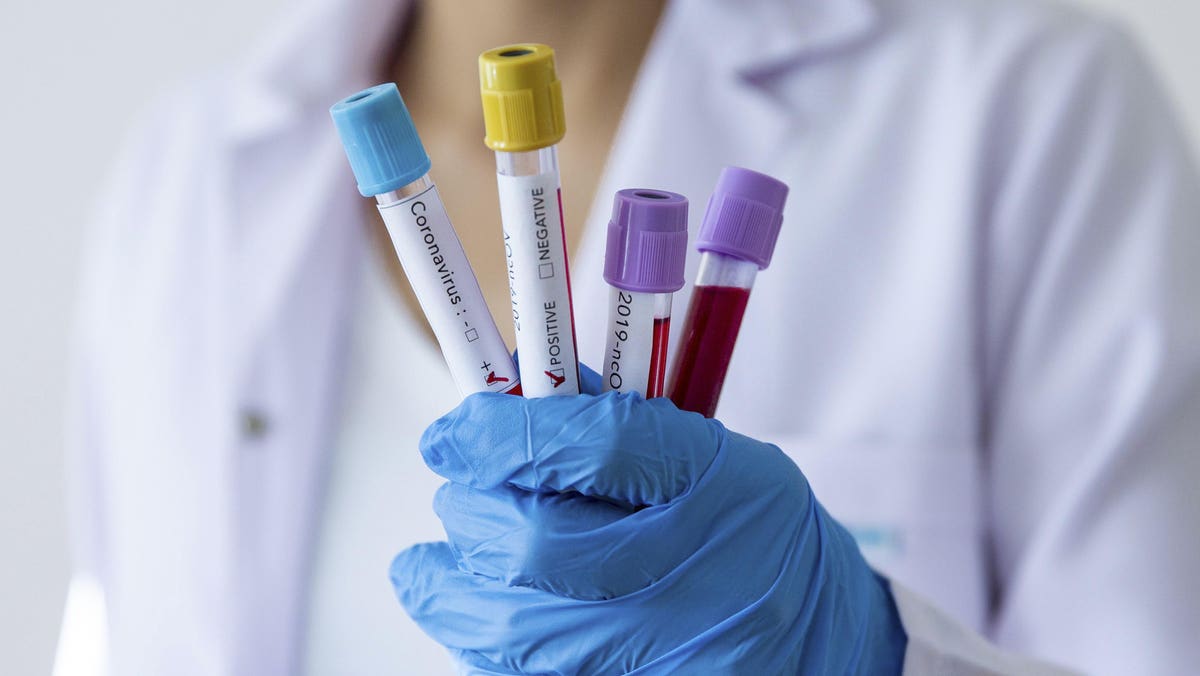 What The Relationship Between Blood Type And Coronavirus Susceptibility Means...

A new study has come out of China that claims to have found that people with type A blood are more susceptible to the new Coronavirus. What does this mean for patients, doctors, and researchers?

UK is not including deaths in aged care so not comparable numbers.

Thats good that your workplace is adequately supplied. My GP is in the Inner West of Sydney and her practice (which is a very good one) were unable to buy scrubs but they are not a hospital and they are not supplied by the health department.
They now have them (donated by a tv program) and they are sent out for laundering and they all shower at the practice before leaving. Unfortunately, GPs are on their own…

UK is not including deaths in aged care so not comparable numbers.

It’s true that those countries aren’t yet counting Covid-19 deaths the same way, but Sweden would still have the top spot in that list if they were. The U.K., for example, has about 24% as many deaths where Covid-19 is mentioned on the death certificate but was not tested for, compared to Covid-19 deaths in hospitals - which is the reported count for now.

The U.S. wasn’t counting deaths outside of hospitals in the beginning, but has switched over. It will take a while to get caught up - the reporting system is slow in many places, going through governmental and non-governmental coroners, magistrates, etc.

For countries with already-substantial number of deaths and which aren’t counting out-of-hospital deaths - I’m thinking of Italy, Spain, France, etc. - the picture gets grimmer yet.

Spain, for example, reported 12,401 Covid-19 deaths from March 9 to April 5. But there were 19,700 more deaths than normal during that time period. Obviously - there being nothing else unusual going on - those deaths are overwhelmingly due to Covid-19.

The U.K., for example, has about 24% as many deaths where Covid-19 is mentioned on the death certificate but was not tested for, compared to Covid-19 deaths in hospitals - which is the reported count for now.

Blimey - that’s sounding rough. Adjust that for the populations of the UK and USA and it’s like the US having 123,000 deaths.

This is why whatever Sweden is doing won’t work in the US. Was just on a Zoom call with my wife’s sister who lives in Sweden:

She was saying that when the Swedish government comes out with guidance, everyone follows it. Everyone.

Meanwhile, we have someone on the Zoom call from the US violently shaking his head and making the sign of the cross. You’re going to have to pull his cold dead hands off his gun before you make him do something he doesn’t want to do.

This is why I don’t understand why people in the US are idolizing Sweden. If there are any rules at all that Sweden is following, forget it. The US can’t do it.

Same with South Korea. They not only tested many, many people, but you were quarantined and tracked. That’s going to happen in the US.

She was saying that when the Swedish government comes out with guidance, everyone follows it. Everyone.

Gov’t encouraged social-distancing, working from home, and self-isolation early on. Swedes have a high trust in gov’t and comparatively great willingness to follow such advice.

If there is “idolizing of Sweden” going on - it’s mostly people who are not aware of what’s really going on. An oversimplified “Swedes aren’t staying at home and Sweden is fine…” view. If people isolated just as much due to government suggestion or request, versus legal mandate, it would not matter. I’m not saying that Swedes are staying at home as much as in certain other countries, but they’re much closer to doing that than to nobody staying home.