Keep your kids home, as well as yourself, as much as you can. It is better to be cautious than dead. But we still need to work and make a living.

Keep your kids home, as well as yourself, as much as you can. It is better to be cautious than dead.

We need to admit that we’re currently subjecting children to what is essentially an experiment. Such limited socialization is novel in human society. If the virus were particularly dangerous for children*, I think it would be different, but what you call “cautious” can lead some serious long-term effects (limiting their contact with others, keeping everything sterilized…not to mention the general fear and anxiety - we really don’t know what this will mean for their overall development). Humans don’t generally do too well when we veer dramatically from our evolutionary expectations. More specifically on the biological front, there’s good reason to believe that a lack of exposure to a range of bacteria - such as we get moving through society - can have serious consequences for young immune systems.

Just to be clear: I think anyone who is panicked about the virus for whatever reason should probably stay at home if at all possible and they have the right to keep their children at home as well - so I’m not arguing with you about your own children! But I’m in a city in which the last in-person school day was early March, and I think that’s appalling.

*there are, sadly, some children who have gotten ill from COVID, and even some who have died, but at the last numbers I saw, it’s considerably less dangerous than the flu for them (not for other age groups, as we well know)

We need to admit that we’re currently subjecting children to what is essentially an experiment.

That’s as may be, but the other side of the coin is that children are notorious for picking up diseases at school and bringing them home. We have some elderly people in our household, so the young people who work outside the home have to be careful with their precautions when they return from work. These are young adults, and it has been hard enough getting them to take Grandpa’s risk seriously. Imagine if they were school age!

Kids have been back in school for quite a while in a lot of places. The children of essential workers have been in daycares since the beginning. Contact tracers should have data on whether or not kids pick up the virus and bring it home. The fact that death counts from school spread are not on front pages tells me it isn’t spreading that way.

This has been going on for months now. We have to look at what we have learned and adjust our responses. We can’t just stay in a panic about everything anyone thought to panic about from the beginning.

These are young adults, and it has been hard enough getting them to take Grandpa’s risk seriously. Imagine if they were school age!

I’ve worked with children for 3 decades, and I can’t imagine even one of them not being concerned about Grandpa.

College students living alone/with each other on campuses are in a different situation (in case it’s the college-age parties that you’re picturing).

For some reason, there seems to be relatively little child-to-adult spread with COVID. I think the fact that children are largely immune probably has a lot to do with that, but in any case each family has the choice of keeping folks home as they see best. I don’t think the possibility of this transmission should be the basis of long-term school closures.

There’s nothing evolutionary about school.

This is true! But in our society school fulfills an incredibly important role for children.

Contact tracers should have data on whether or not kids pick up the virus and bring it home. The fact that death counts from school spread are not on front pages tells me it isn’t spreading that way. 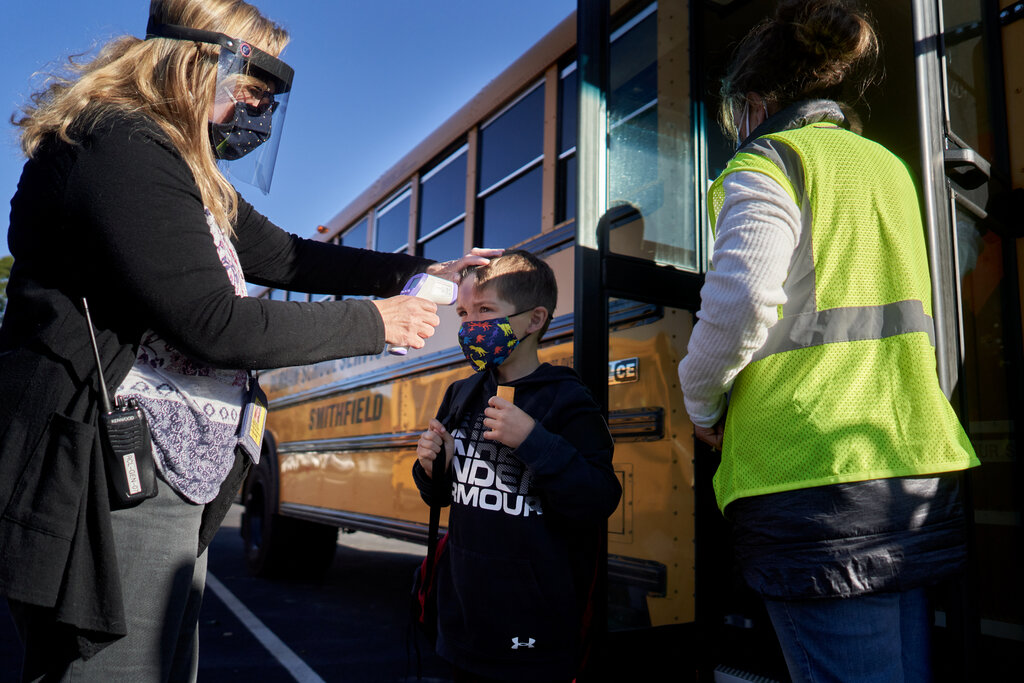 Researchers once feared that school reopenings might spread the virus through communities. But so far there is little evidence that it’s happening.

The Princeton study was done from data sent from southern India, not the US (like many would think given it was Princeton). Plus (in the description anyway) they lumped ‘children and young adults’ together and came up with the idea that children are efficient spreaders. A 2nd grader and a 20 year old are very different people.

I couldn’t finish the NYT article because I am not a subscriber, but what little I did read falls in line with what I am hearing from other sources.

Overall, without arguing one way or another about Sweden’s ‘policy,’ it looks like they’ve done a pretty good job. To the extent that gov’t regulations or suggestions were implemented and made, Swedes have been pretty diligent in applying them, and I think on an individual and family basis they’ve been really sensible. In hindsight, Sweden would do some things differently, but this is probably true of all countries, and certainly true of almost all.

If we do talk about Sweden’s ‘governmental response,’ there’s Norway right next door, sharing that long border, having less than 10% as many per-capita deaths as Sweden. Some of that difference is due to what Sweden would correct, in hindsight. If anything, at this point I think all people should have an eye on the future - for those with meaningful vulnerability to the virus as far as mortality (easier to quantify) and those with meaningful vulnerability to the non-lethal effects, organ damage, etc. (harder to quantify) - with the prospect of vaccines making a significant difference in the coming months, it’d be a shame to get killed or messed-up at this point.

I couldn’t finish the NYT article because I am not a subscriber, but what little I did read falls in line with what I am hearing from other sources.

Sorry, I thought all their COVID coverage was free. But I also posted it because it’s the New York Times! Most people accept that as an indisputable source. So, to some, it gives weight to the argument.

They seemed to try really hard to make school spread as scary as possible back around August/September when schools were going back, but it just hasn’t taken hold.

I wish I could remember where I read it, but there was a mainstream article with the headline, “School is Back in Session and Teachers are Dying” (or something very similar and equally hyperbolic). As a public school administrator I read it very carefully. None… zero… of the teachers they profiled had gotten covid from a student. One got it from another teacher, the rest were infected elsewhere during the summer.

But I also posted it because it’s the New York Times! Most people accept that as an indisputable source.

ROTFL. I can’t tell if you’re trolling or serious.

No, I think Darren is right. Regardless of whether the paper is actually trustworthy or not (and I am not expressing an opinion, one way or the other), the New York Times is respected as an objective news source (though rabid right-wingers tend to regard it as rabidly left-wing). It also considers itself the principal “newspaper of record” in the United States.

ROTFL. I can’t tell if you’re trolling or serious.

I was being serious.

Whether or not I share that opinion, a lot of people hold the New York Times in high regard. A closer look at U.S. deaths due to COVID-19

Well, there it is, Mark.

I wouldn’t think The Johns Hopkins News-Letter would be dodgy - it’s really one of the best student newpapers around.

And Ms. Briand is undoubtably somewhat intelligent and accomplished: https://advanced.jhu.edu/directory/genevieve-briand/

However, if, in that article, she was being properly quoted, paraphrased, taken in context, etc., then she is simply a buffoon.

“These data analyses suggest that in contrast to most people’s assumptions, the number of deaths by COVID-19 is not alarming. In fact, it has relatively no effect on deaths in the United States.”

“deaths by all other diseases experienced a significant decrease.”

–All of that is absolute nonsense, to such an extent that it is mind-boggling that it would appear in print from that student newsletter (without at least a disclaimer, and, more-properly, some righteous scorn), and that it would be believed by anybody in this day and age of internet access when Briand’s ridiculous premises and conclusions are so easily proven false. It’s astounding that she would be met with anything other than a dismissive headshake and eyeroll.

In case anybody doesn’t realize that there are a lot of excess deaths in the U.S., https://www.cdc.gov/mmwr/volumes/69/wr/mm6942e2.htm

USmortality.png1274×539 122 KB
Once the virus got going in the U.S., there’s been a constant above-normal all-cause mortality.

I think for this week you get the “Put down the Crack pipe” award.

I think for this week you get the “Put down the Crack pipe” award.

Maybe she’s still sucking up to the current president, unaware that he won’t be in the job for much longer?

Maybe she’s still sucking up to the current president, unaware that he won’t be in the job for much longer?

I assume you were joking, but I think the politicization of the virus is really not funny.

There are many many people who might not agree with you on the best way to handle virus and are not fans of the current US president. The health and policy questions do not conveniently fall into two partisan camps.