You need to go into a dollar store and purchase healthy food.
it cannot be done.

Chicken? Sure covered in Hugh fructose breading and precooked in veg oil.

Before making the claim…go shop for a week in the dollar store and the shelves at the local service station because those are the choices in tens of thousands of neighborhood abandoned by the supermarkets.

Finally…
In just this last year, millions of kids have been removed for the food stamp programs. As snap is cut more and more…more will go hungry or eat only the cheapest food. Before you claim meat and eggs are cheap…go compare that meal to Mac and cheese box from Kraft.

Before making the claim…go shop for a week in the dollar store and the shelves at the local service station because those are the choices in tens of thousands of neighborhood abandoned by the supermarkets.

No thanks, I’ll pass. You can’t blame a grocery store for closing down if it’s not making money. People have always migrated to the cities. Communities of farmers are replaced by a mega Monsanto farm. Kids move to the city and small towns get smaller usually. So you’re right, I give up…surgery is their best and only option. What else can be done? 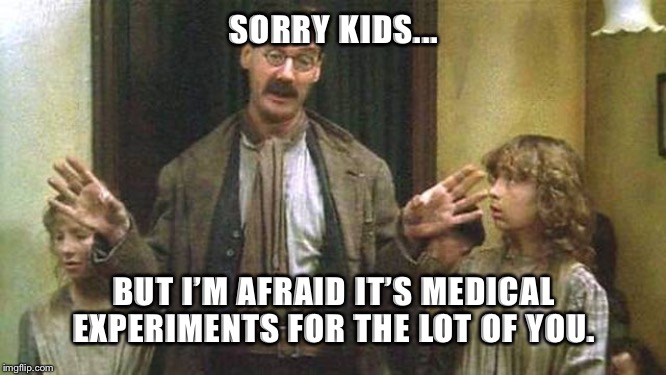 No thanks, I’ll pass. You can’t blame a grocery store for closing down if it’s not making money. People have always migrated to the cities. Communities of farmers are replaced by a mega Monsanto farm. Kids move to the city and small towns get smaller usually. So you’re right, I give up…surgery is their best and only option. What else can be done?

Knowledge. Help set up school or community gardens. Remove the “food pyramid” from the schools and show kids, and their parents, what from-scratch cooking looks like.
On a smaller scale, see if your local church group will sponsor a vegetable garden and let the youth groups tend them. Hey, get ambitious and have the church start a flock of chickens, the eggs can go home with those in need. Push to allow backyard chickens in suburban and urban areas. Anything to re-introduce the thought that food should be made by hand, rather than bought in a box, can or bottle.

Keto is easier to achieve for the more affluent for sure.

I know families on low budgets living in the village where I lived who ate well by cooking cheaper cuts of meat and growing their own veg on the allotments. However, we did have a butcher’s shop in the village and there was space to grow veg. It would not work so well for city folk.

I agree that keto is harder to do if all your groceries and food comes from a dollar store. About the only good keto food there is eggs, and maybe heavy cream. Perhaps you could get packaged sausage or ground beef as well. Eating only those foods could get pretty monotonous.

That said, literally any “unorthodox” diet or WoE is going to be pretty hard if your grocery shopping is so harshly constrained.

I work at a school that serves poor children, really poor children. Like, a family of 6 plus a grandma living on the salary of one or two farmworkers. They cook- meat, vegetables, beans, rice. Usually nothing fancy, but nutritious whole food. Fruit is dessert or a snack. The neighborhood isn’t a ‘food desert’ because there is a lot of demand for groceries. There are no big supermarket chains, but there are many little family-owned stores with decent prices. Business will go where there is a profit to be made.

An added bonus- the kids aren’t picky about foods, they will try new things, and there are practically zero food allergies. One of the most popular things in the cafeteria is the little tub of garbanzo beans they serve once a week.

sponsor a vegetable garden and let the youth groups tend them.

Yes, spent Tuesday morning with my autistic son at a communal organic garden started by 11 families with handicapped children. We go and work there and get some vegetables to take home. There are several in my town, Santa Cruz, California. I agree with everything you said although some of those things probably won’t change. Unless the government changes the food pyramid or completely discards it (very unlikely since that would be admitting they were seriously wrong) what schools serve will serve the dietary recommendations of the government because that’s where the money comes from and it’s the safe legal route. That’s why I believe food is your most important financial expenditure along with shelter. If you eat the “government cheese” it will keep you alive, for a while.

OMG! I am afraid of this world. Poor kids. I can’t imagine doing this to my children. I understand to do surgery when it is necessary like I did some years ago. I can’t say that it was very necessary but I didn’;t like my years and I was bullied because of them at school and I wanted to change them for a long time. Of course, I was afraid not to choose the best clinique, but one friend suggested sarasotasurgicalarts.com. I am very satisfied with the result. Additionally, I can say that we don’t need to care about weight but about the people who bully because they destroy the children’s lives and not only.

Interestingly enough I went food shopping at the weekend in our local Walmart and do you know how hard it was to find pork sausage,hotdogs, polish sausage, kielbasa, brats with out high fructose cornsyrup or some other form of added sugar of some kind??

Out of all the hot dogs etc there was only two packets in the store of hotdogs that had no sugar could not buy polish sausage pork sausage,keilbasa,brats at all even the ham had added sugar… so yeah i understand alot of parents if they not reading labels prob have no clue of all the hidden sugar hidden in meat…it was shocking to me…

I was looking at sugar content in natural Whole Foods more specifically nuts, only thing I could find was Black Walnuts, the only nut in the world with the lowest sugar content and the best nutritional profile out of any other species of nut, at least that I’m aware of?

Jeffrey Friedman, molecular biologist, head of the genetics lab at Rockefeller U, leader of the team that discovered Leptin – aka ‘biology rock star’ – pointed out once that the ‘obesity epidemic’ was greatly centered in certain ethnic subgroups. He pointed out that they had people in a metabolic ward who had gastric bypass and then were given 700 calories a day and they stopped losing weight after awhile even though they were still very obese – clearly, he said, there is something different metabolically.

It so happens that most North America native american groups, the celts, and a lot of the african groups, get incredibly fat on this “ingestible entertainment” aka food supply. Some other groups don’t so much.

It so happens that most North America native american groups, the celts, and a lot of the african groups,

Don’t get confused between the effects of inheritance and the effects of poverty. Grains and pasta are cheap, as well as fattening. Non-Celtic Caucasians can get just as fat as we Celts, given the same diet.

If one of the country’s most leading geneticist/biologist insists that it’s hugely genetic dependent, I’m going to take his word on it. I was not attempting an exhausting list of the possibilities, which I don’t know. And even within any given genetic sub-group, people are individuals. Plenty of people get cancer, instead of getting fat, or not very fat. It’s all metabolic syndrome. It’s just handled differently.

I agree totally there are many other causative factors; our food supply is not only failing in nutrition, it’s actually toxic. But not everybody gets fat even eating the same thing, and sure there’s 1000 variables, but genetics are a huge and primary one.

(Body weight is the most heritable trait next to height, with which it is very close.)

Not that getting a disease is better than getting huge, mind you. Quite the opposite I would think.