It’s not clear in the way the Georgia DPH presents the data, but although testing has been steady or decreased the last 6 days, positive case #s and hospitalizations have risen. The data is too noisy to say this is a trend yet, but it’s only logical given the situation that it will continue to rise. Unless the torrid Georgia summer weather magically makes it go away

I am glad states are opening up more and more outdoor activities since usually easier to social distance and people NEED to get outside for their mental and physical health!!!

People keep saying that but it didn’t help Australia.

@Jennifer_Kleiman - I feel that way too - some slight downtrends have reversed and gone back up a little. Can the heat & humidity counter-balance the increased spreading? Could go either way.

Australia’s sitting there with all of 102 deaths… How bad, really, was it there?

Most of our cases were acquired OS (61% I think) and as far as I’m aware the majority of super spreader/locally acquired cases have come from indoor gatherings. As we head into winter and head indoors more things could well change. We’re also opening up and letting people move around and gather together a bit more. We DO have a very good system for testing, tracing and isolating so hopefully things don’t deteriorate too much 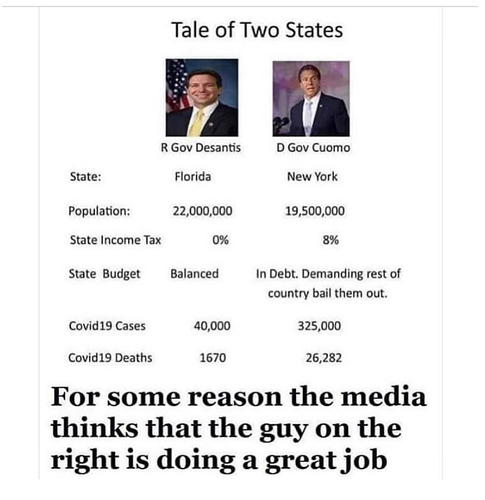 Well it is definitely going to be an interesting summer as venues open up. Or don’t. I feel such a sadness for humanity with all of our social celebrations cancelled and human interactions negated. It is what makes us human and keeps us going.

Happy memorial day weekend. My daughter and her husband are going to camp in my front yard.

I hadn’t heard that, but apparently so. 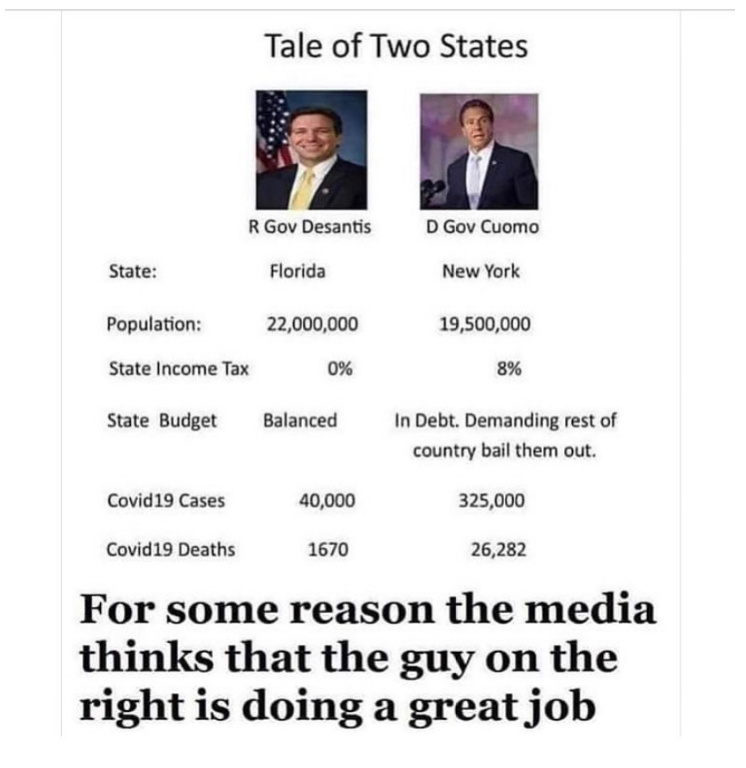 Do you see the bias?

I never looked up their statistics. That’s what I get for listening to someone supposedly from there who made it sound much worse. My bad.

This site has some good Australian data https://www.covid19data.com.au/states-and-territories

as clear as day And when this all started I was in the hospital with cnn msnbc cnbc
, Never seen such think and blatant propaganda in my life

Never seen such think and blatant propaganda in my life

Seems extremely unlikely, given you appear to be squarely in the Fox “News” target audience.

I’m glad but have you considered not watching the news period and/or not spreading propaganda further?

And I wouldnt spread their propaganda, I look for facts real numbers (like I posted) not twists

They all do it to some level, Seen it start about 10 yeas ago, But what I saw when I was in the hospital the nonstop nonsense blatantly

Jees, I don’t think I seen 1 minute go by without blaming Trump for something, Bash him for one thing then bash him for the opsite for instance he started to ban flight they called him a racist then later they blasted him for not acting sooner a million things like this its a joke

And just so you know I am not a fan of Trump and do wish there was someone better to vote for,I realy realy do, I only mention this because next you’ll accuse me of being a trump fanboy although its really not about him but about the propaganda its so thick

I look for facts real numbers (like I posted) not twists

What you posted there was cherry picked numbers for propaganda purposes. That may not have been your intention but it was clearly the intention of whoever is responsible for the graphic. New York contributed a full 8% of Federal Government tax receipts in 2018. They are one of just seven states that contribute more than they receive . New York has been ‘bailing out’ other states out for years.