keto is a lifestyle not just to lose weight.

This was very helpful thank you for posting. I have been on for about a month and it been a love hate relationship. But after reading this I’m going to keep going with it.

This was very helpful thank you for posting. I have been on for about a month and it been a love hate relationship. But after reading this I’m going to keep going with it.

You’re in less than 3 weeks. Lots of stuff happens when you start keto and the first few months can be eventful in many ways, some not so pleasant. Why has ‘it been a love hate relationship’? If you care to share this with us in a separate topic, I’m sure lots of folks here will have helpful info to share with you based on their personal experiences. Please don’t think that whatever you’ve experiences thus far is unique. Unless you’re a unicorn.

This was the perfect post for me to read today!

I am completely new (in my 3rd week) and very glad to hear:

Next up- you’ll most likely ‘stall’ (awesomely named PISS- Post Induction Stage Stall). You may very well not see any loss on the scales and you’re going to want to freak out because you think you’re doing it wrong, or Keto doesn’t work.

That is a perfect description of where I’m at. Thanks for the post @MooBoom ! You put my head back in the right place, and reading your post gave me a reason to create an account so I could say thanks.

I have been reading a lot on here, and greatly appreciate the shared/collective knowledge base.

I am glad to be a unicorn. I love this woe
August 18 will be two years and I am down 170 pounds and from a 66 pants to a loose 46. Don’t use scales much just buy smaller pants because the tape doesn’t lie. But you have to stop being sedentary and do something with your new self. And yes I am a 64 yo Male.

nothing constructive to add here, just a unicorn in my son’s front yard. 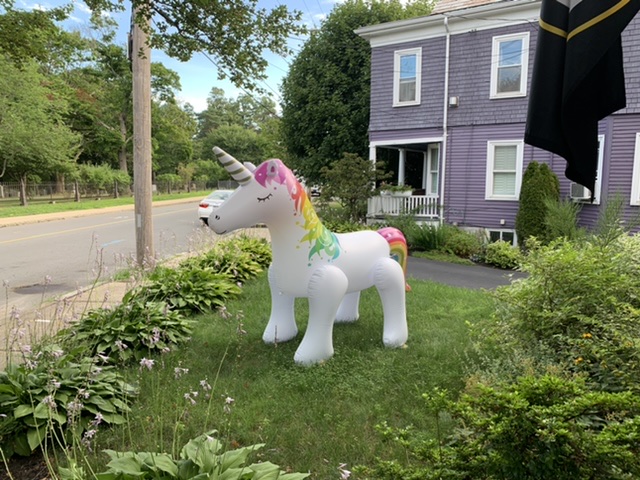 WOW!! Wow, wow!! What an awesome post MooBoom! First I want to thank you. This is exactly what I needed to read. I am very new to Keto, I just joined this forum last month. I have seen so many people who drop weight so damn fast once they began Keto. Sadly, I did not see the same results. I keep blaming my self for not knowing enough, or not doing it right. Im not the best cook and dont really know all the rules for Keto to actually work for me.

That said I will read my butt off on all of the links you have provided and “KCKO” .
Im about 2 weeks in now. Someone I know sent me this link to these custom keto meal plan guys. Its made it easier for me and I will keep at it for my body to kick in. https://cl1saves.wixsite.com/customketoplan
Again, thank you so much!

I am glad to be a unicorn. I love this woe
August 18 will be two years and I am down 170 pounds and from a 66 pants to a loose 46. Don’t use scales much just buy smaller pants because the tape doesn’t lie. But you have to stop being sedentary and do something with your new self. And yes I am a 64 yo Male.

Thank you. This is exactly what I needed to here after week 1 and a loss of 1.1 lbs.

I decided to post this here rather than start a new topic. But I don’t know… maybe we need a topic dedicated to common mistakes made by newbies.

One of the most common mistakes made by folks new to keto, and especially folks who have tried various weight loss diets previously, is to restrict overall calories. The most important thing about keto for folks who want to lose weight is carbohydrate restriction not calorie restriction.

Yes, in fact, you can lose weight/fat by reducing carbs and eating the same or even more calories on keto. Why is that? It’s because (1) carbs turn into glucose (in fact they are glucose) which if not burned immediately for energy get stored for future energy as fat by insulin. (2) Eating fat increases your metabolic rate of energy consumption. Because eating fat does not increase insulin,stored fat is free to leave adipose storage to be used as fuel. On keto it will be used as fuel because by restricting carbs it’s the only fuel available.

Hi Brenda, I have been Keto for almost 3 years. I would love to support you. Please feel free to reach out.

I decided to post this here rather than start a new topic.

Unlike almost every other site, we actually encourage this.

And I’d like to give @PaulL a shoutout for this analogy.

It’s actually a riff on something Gary Taubes says (as long as we’re handing out credit).

I have forgotten the source of a couple of my best lines, and it is to my eternal shame that I never thanked the forum members who came up with them originally. You’re a better man than I, Michael!

I am 55 yo. Been fat since I was 8 years old on a SAD. Clinically obese for the past 20 years. 8 months on keto and I am 15 lbs from clinically normal weight. I am off of 20 years of all medications for T2 diabetes, hypertension, and cholesterol…with my doctor’s approval. The doctor is amazed, and I am now his poster child for diabetes management.

That is just awesome! Very happy for you. That takes a lot of determination and dedication.

Just an update 186 pounds. Not to brag just proud of my accomplishment. I now have 40 more to go. Thanks for you guys for the great advice and stories of encouragement. Y’all are my rock.

Not to brag just proud of my accomplishment

This is terrific, congrats! Keep up the good work!!

If any newbies read this far, I’d suggest making a note not only of your weight, but also measurements of waist, thigh, neck, biceps, wrist, etc, particularly if you are exercising. If you are lucky, even during times when your weight is constant, your measurements my be reducing if your body composition is changing.

I’m keeping track of my belly fat skin thickness. I was below 12% body fat with belly skin at 5mm and then I did efforts to eat carbs right after my one meal a day and managed to increase my belly fat thickness skin thickness to 9mm. I’m currently between 12-14% body fat. I still have veins on my shoulder and thighs but my abs are less cut out. At least I’ve got reserves. My kids are still making fun of me saying if I get a paper cut on my forearm, I’ll bleed to death, the veins being so visible.
I exercise then I eat my once a day protein intake (one meal a day) and eat carbs right after. It raises insulin and allows those proteins to enter the muscles. It had distinct visible effects on my muscle growth, the thickness of my side pects (between the pect and the shoulder) have doubled in a month (of course I exercised to do this but the results are faster than before).
I took that trick from a Thomas Delauer video. Insulin brings and locks in the cells proteins, fat and carbs, cortisol releases it. Being zero carbs all the time means being on high cortisol all the time. It’s good to lose weight as the cell are always open and taking out extras. We can still grow muscle that way and BetaHydroxyButyrate raises GABA levels so we’re not too stressed out with cortisol. (well at least you aren’t. I don’t have anti stress neurosteroids so I have to do it differently)
The targeted insulin spike sided with protein intake does pack the muscle with protein at the right time. I started keto at less than 5gr carbs a day but did crave carbs quite a lot. I found a comfortable cruise speed at around 30gr carbs a day in which I don’t crave carbs at all (the brain needing 30gr, which of course we can make in the liver with 60 gr of proteins). I increased carbs to less than 50gr. a day to gain body fat. I will soon revert to 30gr a day and hopefully stay level with my body fat.
If for some reason I want to go below 12% body fat (for pride and ego showing muscles, I guess, not very good reasons to me) I can always fast a few days, or eat 300gr (150gr proteins) of lean beef and nothing else once a day for a week and the fat will melt down.
I don’t produce 5a-THDOC and Allopregnanolone which are major anti-stress neuroteroids and regulates GABA. This is why I can’t sleep without meds. I need to eat 15gr of complex carbs before sleep to lower cortisol (the stress hormone) by raising insulin. If I don’t, I can’t sleep more than 3-5 hours even with heavy sedatives.
I’m counting the numbers of pull ups, push ups and upside down set ups I can do. Muscles are kinda a hobby to get motivated but I never cared before. My goal is really to heal my disease with diet and so far so good. I’m almost there.
Some suggested a 21 days water fast but I would need to get more body fat to get through this before I try.
I’m really doing the diet because I’m sick so I think my post goes right along the topic of this thread.

Eating meat in large quantities and in many meals does increase mTOR. Here’s a few articles on how to increase longevity and decrease epigenetic damage (spoiler: mTOR doesn’t help longevity).
However, we need proteins. Imho, eating in a single meal at least 85gr of protein a day + 30 gr of carbs and the balance energy needed taken in saturated fat, or 145gr of protein a day if not having carbs at all, limits the mTOR impact to only once a day, a minimum level that does not disrupt any body functions.
Note that fat can be taken multiple times a day unless you do intermittent fasting (that is, most of you people are not in a dire situation like me so you do what you see fit for you) 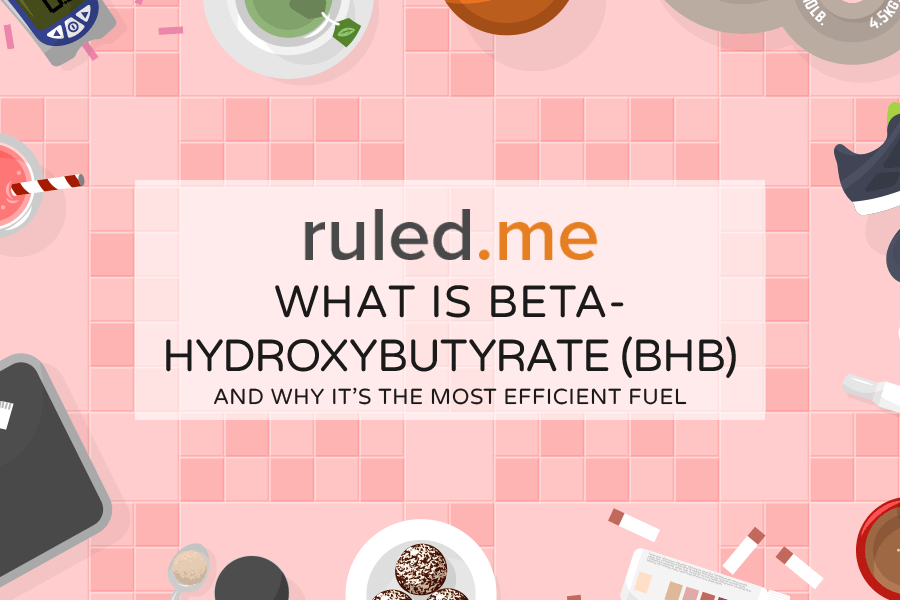 Keto BHB could be your most efficient fuel source on the keto diet, but what exactly is it? Our guide explains its benefits, how your body uses it, & more! 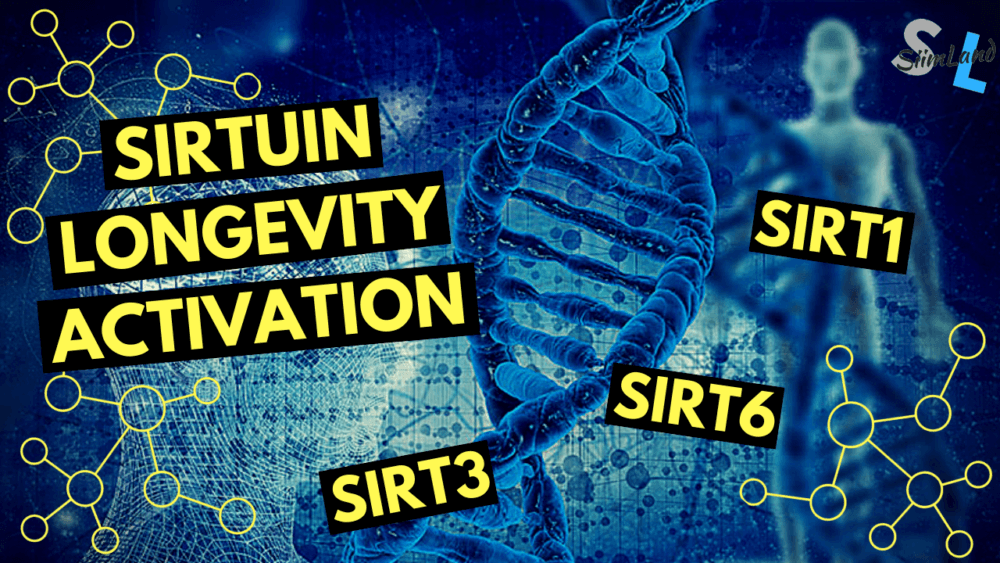 How to Increase Sirtuins for Longevity - Siim Land

If you want to know how to increase sirtuin proteins such as SIRT1 and SIRT3 for longevity and healthspan, then check out this article.

What is mTOR, Rapamycin, and the Engine of Aging?

mTOR, mammalian target of rapamycin, is the engine of aging. Overactive mTOR pathway promotes cancer, aging, and serious diseases. What foods inhihits it?

Keep on doing it. It’s a lifestyle not a diet. When you go at it as such you will better adapt to it. I have gotten off of my insulin and still take metformin but I have been diabetic for many years and had a lifetime affair with little debbie cakes and cookies. I know that I am not going to be "well " in a few months so I just see what comes next. Good luck with your new lifestyle. The people on here have been very supportive and helpful with questions and advice. If not for the community on here I don’t think I would have made it over the rough patches. Wanna know, just ask.