Newbies
Tips from the Oldies
conversationstarters
amwassil (Michael - When reality fails to meet expectations, the problem is not reality.) 2020-10-22 01:55:01 UTC #406 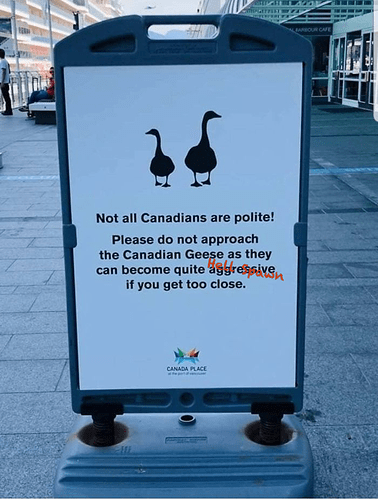 We had some Canadian geese hanging out on our fire water ponds at the plant. Some of the guys had expensive pickup trucks with mirror finished on them.

Lesson: Don’t wash your truck if you don’t have an old beater to drive to work!

On the other hand, here in Vancouver’s Stanley Park Lagoon in the spring and early summer one can get very close to the goose hatchlings under the watchful eyes of their mothers, all munching the new grass. The babies are the most adorable little yellow fluffies and I think their mothers enjoy being the center of attention - as long as you don’t get too close. You can get close enough to take some really great photos! 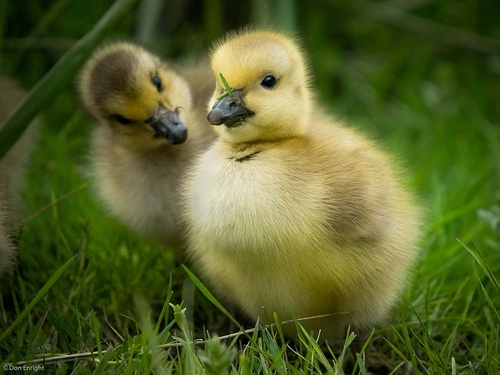 PS: By next summer these two little fluff balls in the above photo will take their zones patrolling Canada Place to keep the tourists in line.

Breakfast with Bubba Tips from the Oldies

This stuff has way too much distinctive aroma and flavour to use in coffee. The only coffee that came close to incorporating it without being overwhelmed by it was a mix of Mr Viet and Café du Monde. Would not be a big issue if the aroma and flavour were something other than toe jam.

I have discovered, however, a use for it that works. When I pan fry my ground beef/sirloin/Angus patties, I can mix it half and half with ghee. The combination of beef/ghee/mozarella bring it all under control. It’s still there, but more nuanced and subtle. I suspect the heat of frying helps vent some of the more toe-jam-like aroma and flavour.

the heat of frying helps vent some of the more toe-jam-like aroma and flavour.

I am picturing this in a palm kernel oil commercial​:rofl:

What else awaits discovery? 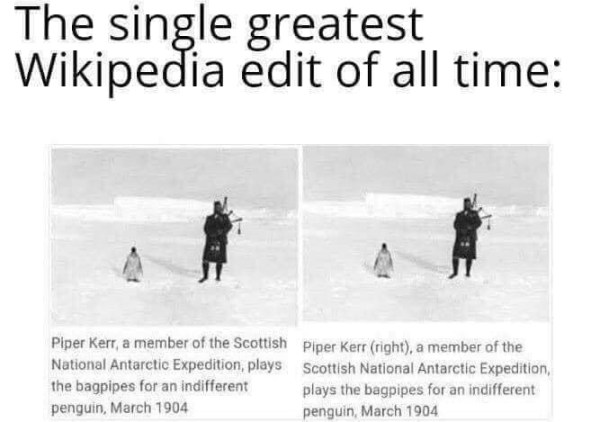 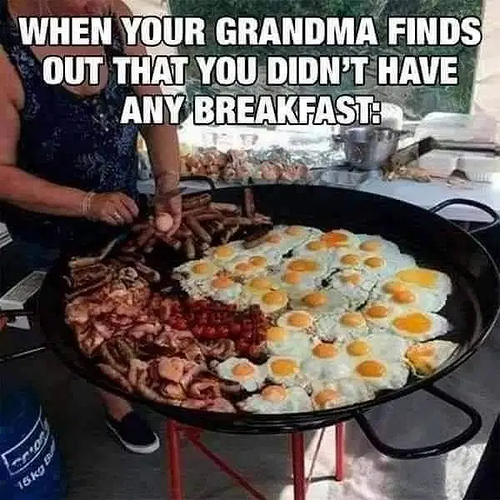 From the Getting Old Is Not for Sissies Dept. 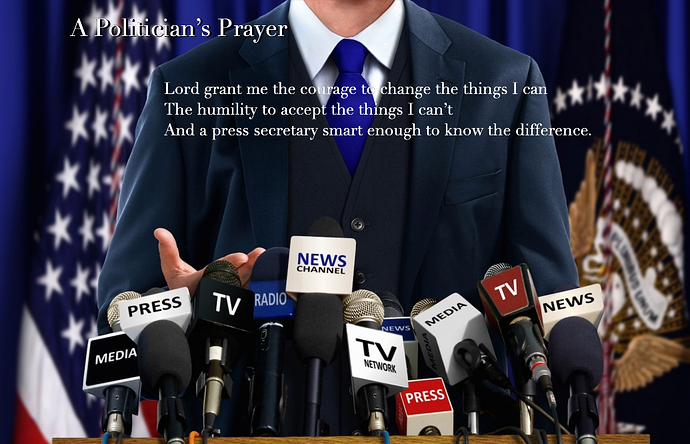 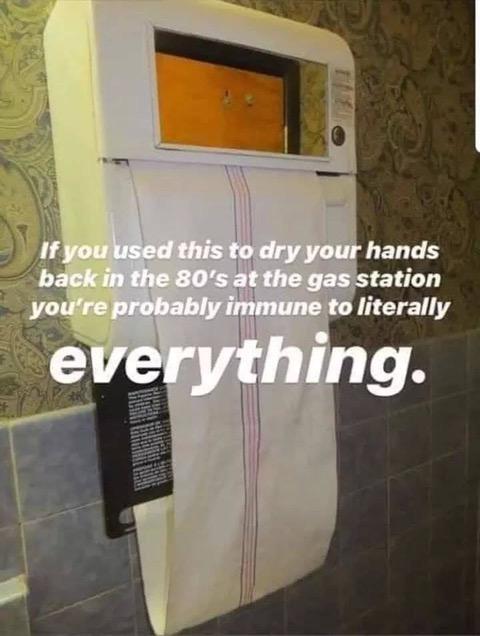 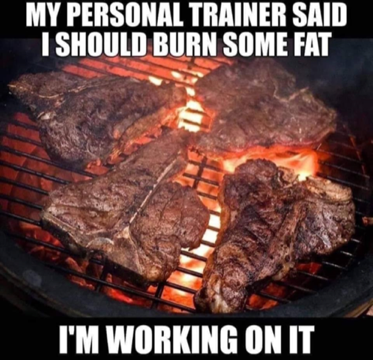 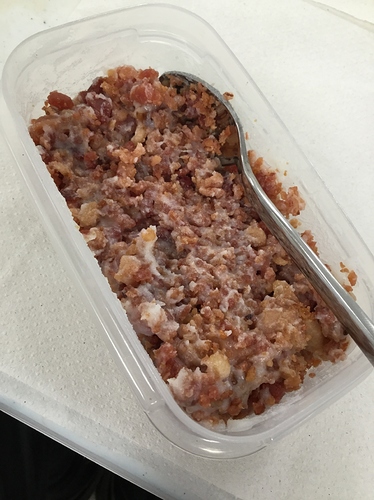 As the price of sugar was so prohibitive, it was often mixed with cheaper substances or ‘daft’ and then this inferior sugar would be sold on to the working classes. ‘Daft’ was a mixture of substances such as powdered limestone and plaster of Paris, not tasty but perfectly safe…

Tragically on this occasion, due to a mistake at the pharmacy, 12 pounds of arsenic trioxide were purchased instead of the harmless ‘daft’. Both ‘daft’ and arsenic trioxide are white powders; the arsenic trioxide was not properly labelled and stored alongside the ‘daft’, and so the confusion arose.

The mistake was not discovered during the manufacture of the sweets, even though the finished product did look a little unusual. The sweets (lozenges) were made by James Appleton, who combined forty pounds of sugar, twelve pounds of arsenic trioxide, four pounds of gum, and peppermint oil, to create at least forty pounds of peppermint humbugs.

Dying for a Humbug, the Bradford Sweets Poisoning 1858

The 1858 Bradford sweets poisoning involved the accidental arsenic poisoning by humbug of more than 200 people in Bradford...

Meanwhile, in the continuing decline of the Holocene towards the next glacial max: Research by physicists William Happer and William van Wijngaarden has determined that the present levels of atmospheric carbon dioxide and water vapor are almost completely saturated.

Precision research by physicists William Happer and William van Wijngaarden has determined that the present levels of atmospheric carbon dioxide and water vapor are almost completely saturated. In radiation physics the technical term “ saturated ” implies that adding more molecules will not cause more warming.

According to Bull (shit) Sci, in 20-40 years of unchecked global warming people will need air conditioners at least 18 days per year to survive temperatures in Louisiana.

Bulletin of the Atomic Scientists: In 20-40 Years, Global Warming will Make...

According to BullSci, in 20-40 years of unchecked global warming people will need air conditioners at least 18 days per year to survive temperatures in Louisiana.

After a lifetime of Chartreuse-curiosity I finally tried it. It’s expensive, so I won’t be trying it again any time soon. It’s strange. Lot’s of anise/licorice. It’s a big ethanol hit at 55%. I like it.